Last week, Uber began rolling out its fleet of modified, self-driving Ford Fusions for select users in Pittsburgh, which became the first American city to allow a ride-sharing service to offer self-driving cars. But they won’t be riding alone. Under Pennsylvania law, every car needs an operator, which means the Fusions (and later this year, some 100 Volvo SUVs like the one pictured at the top) will have human drivers behind the wheel, capable of taking over when the car encounters a situation its software can’t handle. For the foreseeable future, the cars will also have an additional Uber employee in the front passenger seat, tracking the car’s performance on a laptop.

But enough with the the caveats. How did tech journalists respond to being driven around by a robot? Pretty well, apparently.

The ride feels pretty much like a ride in any other car — with an extremely cautious driver. We go maybe one or two miles an hour over the speed limit. Turns in particular feel painfully slow.

Halfway through my ride, the operators offered to give me the driver’s seat. We picked a destination and I drove manually for about a half mile, then switched the car into autonomous mode. It maneuvered down a quiet road by the Allegheny River, over a heavily trafficked bridge, and onto a congested street. My foot hovered over the brake pedal the entire time—with a tap, I could make the car switch back over to manual control. The first few times we approached another car, I instinctively put my foot down. But, as the minutes went by, I let the car drive. It stopped, started, and signalled on its own. The steering wheel turned without my help.

Overall, riding in Uber’s self-driving car was equal parts thrilling and mundane. I was surprised by the level of skill with which the car drove itself, but also by how many times it dropped out of autonomous mode unexpectedly. (Other reporters I spoke to said that hadn’t happened to them at all.) A dinging sound would indicate when the autonomous mode suddenly disengaged. The engineers said it was impossible to say exactly why it happened without going back through the car’s data logs.

In short, the technology worked pretty well. Companies valued at $66 billion don’t invite journalists to try out products unless they’re confident about the response they’ll get.

Uber says it set up its Pittsburgh operation a year and a half ago with the creation of the Advanced Technologies Center. The company chose Pittsburgh because of Carnegie Melon University’s reputation as a robotics hub, and because Mayor Bill Peduto welcomed the company with open arms.

“You can either put up red tape or roll out the red carpet. If you want to be a 21st-century laboratory for technology, you put out the carpet.”

“It’s not our role to throw up regulations or limit companies like Uber,” Peduto told The New York Times . “You can either put up red tape or roll out the red carpet. If you want to be a 21st-century laboratory for technology, you put out the carpet.”

Google is involved in the autonomous car game, as is Tesla, and dozens of software companies. As early as 2017, GM could release its semi-autonomous Super Cruise system, which would allow drivers to disengage (somewhat) while driving on the highway.

Rather than thinking about passengers disengaging completely from the driving process, it’s more helpful to think of near-future autonomous cars as simply siphoning some of the driving responsibility. Uber’s drivers are expected to keep their hands on the wheel even when the cars are navigating successfully on their own, and many other semi-autonomous systems currently require drivers to keep their hands on the wheel for the system to work. For the foreseeable future, most production-scale “autonomous” cars will feel familiar to anyone who’s already using features like parking assist.

Of which there are many. There’s the legal question of fault and responsibility in traffic accidents, as Stanford Law’s Bryant Walker Smith recently explained to Popular Mechanics :

“Regardless of what the traffic codes, what the vehicle codes specifically say, when a crash happens, how will judges and juries decide what behavior was negligent?”

And there are questions about privacy (what info will self-driving cars collect and store about us, and who will have access to it?), a vehicle’s ability to accurately interpret the world around it (is that a puddle or a sinkhole?), the impact it will have on drivers (cars don’t need to get paid, though as Uber points out, self-driving cars also don’t need to sleep, which means they’ll likely need more maintenance than human-operated ones). There are even philosophical questions: How do we program self-driving cars to make ethical decisions?

Even with the Pittsburgh rollout, we have plenty of time to come up with good answers for all those questions. After all, Uber’s self-driving cars are the tip of the technological spear, and they currently require more operators than my 1992 Honda Prelude.

Homepage and feature image from Volvo 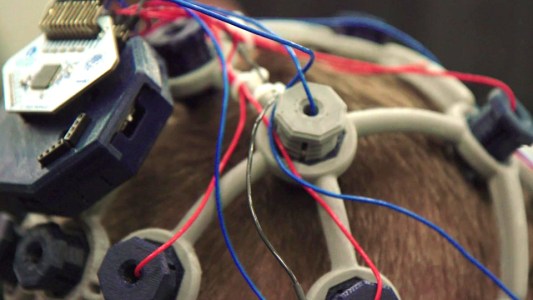 Companies gather to discuss impact of A.I. A possible neural lace breakthrough. And unmanned cargo ships. This is…

AI
Can tech giants get ahead of AI?
Subscribe to Freethink for more great stories
Subscription Center
Challenges
Video
Freethink
Subscribe
We focus on solutions: the smartest people, the biggest ideas, and the most ground breaking technology shaping our future.
Subscribe