Solid state batteries are on the horizon. Sakuu, a 3D-printing startup, says they have created a solid state battery that “equals or betters” the performance of current lithium-ion batteries. But, for now, they are keeping the details under wraps.

The limits of lithium: From cell phones and laptops to electric vehicles, lithium-ion batteries are everywhere. We depend on those rechargeable power boxes. But they have a dark side: extracting lithium can cause air and soil pollution. They can be large and cumbersome in some devices, they sometimes catch on fire, and they can’t be easily recycled.

The race to find cheaper, lighter, safer, and more powerful batteries is on.

The promise of solid state batteries: Due to its capacity to provide higher energy density in smaller places with unique shapes, 3D-printed SSBs could be a solution. And Sakuu has finally built one.

Lithium-ion batteries have a dark side: extracting lithium can cause air and soil pollution.

The potential advantages of solid state batteries abound. They would have the same capacity as current lithium-ion batteries but would be tiny by comparison. They will be half the size and a third the weight. And, with the promise of Sakuu’s new 3D printing technology, they will be produced faster, cost less, and be recyclable.

What they did: Sakuu used 3D printing technology to create a tiny three ampere-hour (Ah) battery, which has the capacity of three AAA alkaline batteries.

They used “additive manufacturing” technology, which is essentially an industry word for 3D printing. It means they layer materials to create 3D shapes. This method allows the company to deposit several materials onto a single thin layer.

“To get the highest energy density batteries, we want to minimize the volume of all the elements that are not adding anything to the performance of the battery,” Karl Littau, chief technology officer of Sakku, told IEEE Spectrum. “That’s the kind of thing that printing really enables.”

Many solid state batteries incorporate a lithium-metal anode and a ceramic electrolyte which separates the anode and cathode. But, Saakuu’s technology allows them to combine it into a single layer to create a proprietary printed ceramic electrolyte. Without giving details, Littau said that the electrolyte technology and fabrication “is kind of the crown jewels of everyone who’s working in the solid state battery space.”

The company has built a 3Ah lithium-metal solid state battery, a battery size that is typically found in rechargeable cordless power tools. They claim that their version of the 3Ah battery “equals or betters” current lithium-ion batteries.

Future use: Although Saakuu created the battery with industry-standard cathode materials in mind, it can also handle higher voltage cathodes. So, in the future, versions of the battery could deliver up to 25% more energy. Given its safety and energy density benefits, the new battery is ideal for consumers, aerospace, transportation, and various other applications reports Inceptive Mind.

Sakuú is expecting a limited launch of its first-generation SSB battery technology and its proprietary additive manufacturing platform by the end of this year, with a massive launch in 2022. 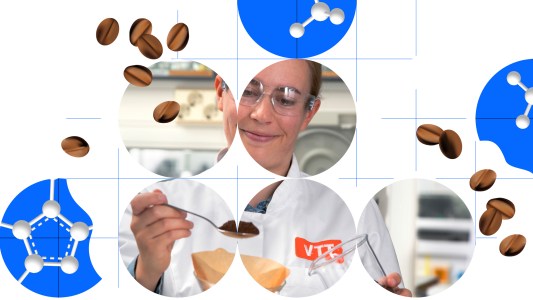 Finnish researchers are making sustainable coffee in the lab to combat the negative environmental effects of coffee production.