China’s current intensified crackdown on crypto is not a complete surprise to its crypto community. In the local crypto community I am in, there has been a constant discussion over what might come next since the clampdowns on China’s Bitcoin mining industry that began in spring this year. The scenario that any form of crypto trading will be illegal is one that many people predicted. It is not the worst scenario that many feared, in which even holding crypto assets becomes a crime — yet.

However, it is now clear that there will be no room in mainland China for entrepreneurs who want to build open finance or Web 3.0 applications, both of which require decentralization and tokenization. We will see an increasing exodus of Chinese crypto entrepreneurs, and I believe it will lead to a diffusion of crypto technology in Southeast Asia and accelerate the rise of Southeast Asia as a hotbed of crypto innovation.

What is behind China’s latest crackdown on crypto?

To understand this crackdown that was officially announced last Friday, we need to put it into the context of a series of regulatory actions, all of which reflect the Chinese government’s new vision for the post-Covid China. On the same day that the crackdown on crypto was publicized, state-owned media also announced the government’s ban of a number of children-related media content. Even the widely popular Japanese anime series Ultraman, a superhero protecting the Earth from alien monsters, will now be banned because it contains too much violence. A joke is now circulating widely in the crypto community: “Did Ultraman trade crypto?”

This year we also saw China tighten its regulations over real estate, private tutoring, games and internet super platforms. Behind all these is a vision of “common prosperity” championed by President Xi Jinping. What I see is a “firm parental love” mindset of the government. It gained confidence from its successful control of the Covid-19 crisis with resolute and fast actions. The Chinese government now strongly believes that it knows what is good for people and should take action resolutely and unmitigatedly whenever necessary. The reports from state media clearly emphasized that the crackdown aims to protect people from the rampant scams and shady deals in crypto trade.

After reading the crypto ban regulation documents closely, I think what the ban will affect the most are the branches of international crypto exchanges. I have some expat friends in crypto chat groups, and some of them are in a panic now, asking whether they are committing a crime by using local internet to do crypto transactions. This is certainly an overreaction. Only those who promote crypto assets to Chinese people and facilitate crypto transactions will likely be the key targets of this crackdown.

The Chinese government’s attitude towards blockchain technology is clear: Blockchain has a role to play in China’s  digital economy, but not in a decentralized way. Di Gang, vice chairman of the Digital Currency Institution of People’s Bank of China, also said that e-CNY, China’s official central bank digital currency, will incorporate blockchain technology.

I have also been closely monitoring the progress of e-CNY. Its speed of development has been exceeding most people’s expectations. E-CNY benefited from the earlier success of Alipay and WeChat Pay, which already made digital payment part of most Chinese people’s everyday behavior. And it incorporated features of smart contract and hardware wallets from crypto finance.

Only through decentralization can a next-generation internet emerge where users will have more ownership of their data and the content they create.

Since the publishing of the e-CNY white paper in July this year, the Chinese government has pushed the testing of e-CNY in major state-owned banks. I recently got an e-CNY online wallet via my account in the China Construction Bank, the process only takes several clicks, and the user experience is very similar to Alipay. The use cases for e-CNY are quickly expanding with Alibaba, JD.com and Meituan all agreeing to join the e-CNY ecosystem. The mass adoption of e-CNY in China might come much sooner than the world imagined.

With the early success of the e-CNY experiment, the government certainly does not see any need for crypto-currencies in China.

The crypto circles I am in are mostly made of builders of digital infrastructure and long-term investors, they are not bothered too much by the price turbulence in the crypto market caused by government actions. However, many of the veteran crypto entrepreneurs do believe decentralization is central to crypto innovation. Only through decentralization can the crypto world offer a finance system that is more open and accessible than the established one. Only through decentralization can a next-generation internet emerge where users will have more ownership of their data and the content they create. These entrepreneurs will have no choice but to take their projects elsewhere, and most of them are considering Southeast Asia.

Since this May, many crypto companies from China have already established offices in Singapore. There is already a vibrant Chinese crypto community there, so it will be easy for those who move from China to Singapore to adapt quickly. Singapore is the new base, and Southeast Asia is the new crypto playing field full of potential.

The crypto entrepreneurs are well connected to a Chinese business network — from internet giants and mobile phone brands to investors — that is already influential in Southeast Asia. I believe the diffusion of capital and technology know-how from China will accelerate Southeast Asia’s rise as a global center of crypto mass-adoption.

It is just the beginning

In a nutshell, the current crackdown marked the end of crypto exchanges and decentralized crypto innovation in mainland China. The shutdown of the Bitcoin mining industry that began this spring is resulting in a more decentralized landscape of Bitcoin mining power. This crackdown on crypto trade will bring a significant diffusion of crypto power from China to other places too, particularly Southeast Asia. As the economy of Southeast Asia has been heavily impacted by the Covid-19 crisis, the new inflow of crypto capital and technology might bring a much-needed boost for their digital economy. Taking the long-term perspective, this diffusion is good for the builder-type among Chinese crypto entrepreneurs and is good for the crypto movement globally.

We are witnessing two epic social experiments going on right in front of our eyes: the e-CNY central bank digital currency experiment pioneered by the Chinese government, and the decentralized finance (DeFi) experiment, which is particularly desirable in developing countries with weak financial infrastructure. The current shockwave caused by the crackdown in China might seem drastic right now, but it is nothing compared to what we will see later as these two social experiments evolve and lead to more collisions between the centralized and decentralized worlds.

The views expressed in this op-ed are solely that of the author’s. This piece was originally published on Forkast, read the original article here. 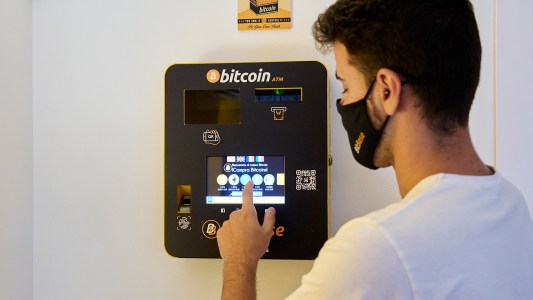 If more countries follow, what will this mean for consumers and businesses around the world?