While most of us ask “What should I do?” when we think about ethics, many philosophers have approached it by asking “What kind of person should I be?” These thinkers often turn to virtue ethics for answers. Aristotle, one of the most influential philosophers of all time, developed a comprehensive system of virtue ethics that we can learn from even today.

In the Nicomachean Ethics, Aristotle proposed that humans are social, rational animals who seek to “live well.” To that end, he proposed a system of ethics designed to help us reach eudaimonia, a Greek word that means living well or flourishing.

Eudaimonia is reached by living virtuously and building up your character traits until you don’t even have to think about your choices before making the right one.

Such a person will be happy, but not in the same way as a hedonistic person. They will strive for self-improvement and will live their lives to the fullest. They will be the kind of person that others want to be like. Above all else, they will flourish.

Aristotle sees virtues as character traits and tendencies to act in a particular way. We gain them through practice and by copying ‘moral exemplars’ until we manage to internalize the virtue. We become temperate by practicing temperance, courageous by practicing courage, and so on. Eventually, the virtue becomes a habit.

He further explains that each virtue is the “golden mean” between a vice of excess and deficiency. Taking the example of temperance, if we have the vice of deficiency we will be intemperate but if we the vice of excess we will never drink at all. Aristotle sees both traits as vicious. The virtuous person will know how much they can drink without having too much or teetotaling.

What are Aristotle’s virtues?

The virtues he lists in his Nicomachean Ethics are:

Courage: The midpoint between cowardice and recklessness, a courageous person is one who is aware of the danger but goes in any way.

Temperance: This is the virtue between overindulgence and insensitivity. Aristotle would view the person who never drinks just as harshly as the one who drinks too much.

Magnificence: The virtue of living extravagantly, it rests between stinginess and vulgarity. Aristotle sees no reason to be ascetic but also warns against being flashy.

Magnanimity: The virtue relating to pride, it is the midpoint between not giving yourself enough credit and having delusions of grandeur. It is a given that you also have to act on this sense of self-worth and strive for greatness.

Patience: This is the virtue that controls your temper. The patient person must neither get too angry nor fail to get angry when they should.

Truthfulness: The virtue of honesty, Aristotle places it between the vices of habitual lying and being tactless or boastful.

Wittiness: At the midpoint between buffoonery and boorishness, this is the virtue of a good sense of humor.

Friendliness: While being friendly might not seem like a moral virtue, Aristotle claims friendship is a vital part of a life well lived. This virtue lies between not being friendly at all and being too friendly towards too many people.

Shame: The midpoint between being too shy and being shameless. The person who has the right amount of shame will understand when they have committed a social or moral error but won’t be too fearful not to risk them.

Justice: This is the virtue of dealing fairly with others. It lies between selfishness and selflessness. This virtue can also be applied in different situations and has a whole chapter dedicated to the various forms it can take.

Aristotle sees ethics as more of an art than a science, and his explanations purposely lack specifics. We have to learn what the right approach to a situation is as part of our moral development.

He also doesn’t mean to say that we can’t break the rules: Just because a person is honest, for example, doesn’t mean they can’t lie when they need to. This makes virtue ethics more flexible than deontological systems of ethics, but also harder to use since we have to determine when we can lie, get angry, or be prideful on our own.

Keep in mind that this list was designed for upper-class Greek men who had a decent education and a fair amount of luck. The virtue of magnificence, for example, would be impossible for a person of limited means to practice.

Most of the virtues on the list always have relevance to us though. As philosopher Martha Nusbaum explains: “What [Aristotle] does, in each case, is to isolate a sphere of human experience that figures in more or less any human life, and in which more or less any human being will have to make some choices rather than others.”

While the exact nature of what the good life is and how to reach it is subject to never-ending debate, the ideas of great minds are always relevant. While some of Aristotle’s views may not be as relevant now as they were 2,000 years ago, they can still inform our efforts to live better lives. While not every person that tries to live up to the virtues will succeed in every case, wouldn’t we be better for trying? 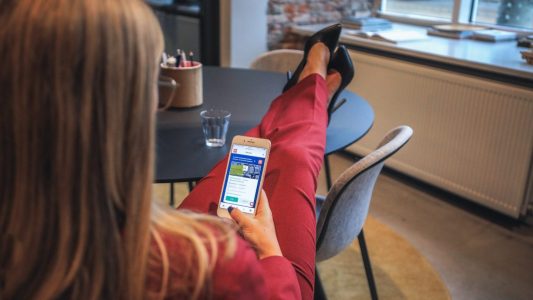 In the long run, procrastination isn’t an effective way of managing emotions and causes health and work setbacks.

Psychology
Procrastinating is linked to health and career problems – but here’s how you can stop
By Fuschia Sirois
Subscribe to Freethink for more great stories
Subscription Center
Sections
Video
Freethink
Subscribe
We focus on solutions: the smartest people, the biggest ideas, and the most ground breaking technology shaping our future.
Subscribe