After Kristy Viers learned that her friends had no idea how she used her iPhone, she decided to launch a YouTube channel to demonstrate her phone’s assistive technology features.

“It got me thinking, if they don’t know without me pulling out my phone — people who interact with me a lot — it probably means tons of people around the world probably don’t know,” Viers, who is blind, told Fast Company.

She hopes her Youtube channel will not only give sighted people a glimpse into how she uses technology but that it will serve as an educational tool for other visually impaired people, too. After all, she had owned an iPhone for five years before learning she could flip the device around and use a built-in Braille screen, allowing her to type faster.

“I was always afraid to dive into the settings and features,” she told Fast Company, saying that she was used to always asking for help from friends and family to handle her phone updates.

Another of Viers’ goals is to facilitate the development of better assistive technology and a more accessible internet.

“Companies just don’t think about accessibility, so they design a product that’s totally inaccessible to screen readers,” Claire Stanley, an advocacy and outreach specialist at the American Council for the Blind, told TechCrunch. “To my understanding, if you design it right from the get-go it should be easy to make it compatible.”

One possible fix: involve people with disabilities in the process.

That’s the idea behind Fable, a tech startup that connects developers to people with disabilities. This gives them an opportunity to address issues with their products’ accessibility before launch.

“Most companies have huge digital products, but no idea what it’s like for people with disabilities, like that a signup flow takes an hour for a blind person,” COO Abid Virani told TechCrunch.

“So we put a couple prototypes in front of, maybe, someone quadriplegic or low-vision who has to zoom in a lot, and observe how they go through that,” he continued. “They’ll give feedback on all kinds of stuff you don’t expect.”

The fact that Fable exists — and that developers and designers are already asking Viers for advice, which she readily gives — is a promising sign that the accessibility problems of today might not exist in the tech of tomorrow. 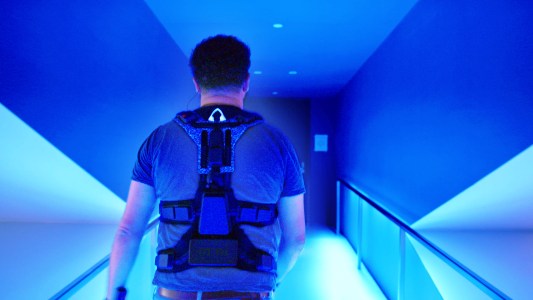 It’s been nearly impossible for the deaf, hard of hearing, and hearing to experience live music together. The use of a haptic suit may finally change that.

Accessibility
This haptic suit lets you 'hear' music through your skin
5:54
By Doug Dais
Subscribe to Freethink for more great stories
Subscription Center
Sections
Video
Freethink
Subscribe
We focus on solutions: the smartest people, the biggest ideas, and the most ground breaking technology shaping our future.
Subscribe