Chicago musician Chance the Rapper is releasing his new concert film, “Magnificent Coloring World,” exclusively through AMC Theatres, making him the first recording artist to do so.

“Seeing movies together on the big screen is an essential part of summertime and something I deeply missed over the last year, so I am extremely excited and honored to partner with AMC to bring fans back to the theater,” Chance said in a release.

The challenge: Movie theaters were hit hard by the pandemic in 2020, with temporary closures and capacity limits preventing them from selling as many tickets as they would normally.

Additionally, many movies that would have been released in theaters were delayed due to the pandemic — or simply released via streaming services — meaning even when theaters had seats to fill, they didn’t necessarily have the movies needed to draw an audience.

Theaters are now starting to reopen, but their ability to recover from the pandemic isn’t a given.

Attendance was already on a downward trend prior to 2020, as more people started turning online for entertainment. Now, theaters need to convince a population that spent a full year enjoying blockbuster movies on-demand in the comfort of their own homes that they want to go back to seeing movies on the big screen.

It’s showtime: To draw those people out, movie theaters are now getting experimental.

“What we did during our downtime is…spend our energy on things that are going to move us forward and improve the experience of coming to the cinema,” Tim League, the founder of Alamo Drafthouse Cinemas, told the Atlantic.

Some theaters are trying to make going to the movies less expensive by cutting ticket costs or letting people rent out entire theaters on the cheap. Others are looking to make the experience more enticing, selling exclusive merchandise during screenings and hosting filmmakers and performers.

While concert films themselves aren’t new, AMC’s exclusive release of one by an artist as popular as Chance the Rapper could prove to be another creative way to get people back into theaters.

The teaser for the film features footage from the artist’s world tour in support of the release, but according to the artist, “Magnificent Coloring World” won’t be a straightforward recording of those shows.

“Never seen before,” he wrote on Instagram. “Not the tour. Not really even a concert. A movie.”

Park Pictures and House of Kicks produced “Magnificent Coloring World,” with Jake Schreier directing. The release is currently set for the summer of 2021, but advanced screenings will take place in Chicago May 14-16. Tickets for those showings go on sale May 12. 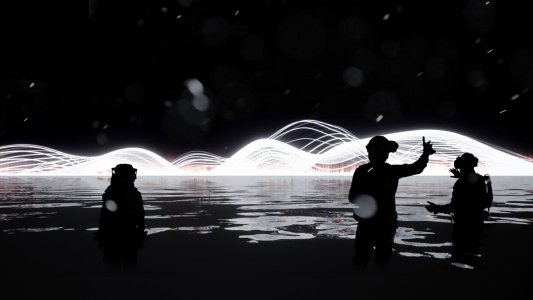 “Current, Rising,” the world’s first VR opera, promises to immerse audiences in a “hyper-reality” made possible by technology.