In the wake of George Floyd’s death and other controversial police use-of-force incidents, national scrutiny over police tactics is increasing, as is pressure on law enforcement officials to find alternatives, like de-escalation techniques.

But do these techniques actually work?

“Even when people have firearms, they’re (the public) looking at us and telling us that we shouldn’t use force,” Spencer Fomby, a Berkley Police Department instructor said. “It’s a tough situation.”

The Department of Justice describes de-escalation as “the strategic slowing down of an incident in a manner that allows officers more time, distance, space and tactical flexibility during dynamic situations on the street.”

All officers at the Berkeley Police Department are required to take a training course on verbal de-escalation techniques. Training like this is increasingly common, given the mounting pressure from the public.

But despite some positive anecdotal reports, not much is known on how effective de-escalation techniques and training really are.

A recent review, which surveyed scholarly articles on de-escalation training, found few studies over the last four decades. Most of what they did find were studies in nursing or psychiatry, not policing, and although some found moderate benefits to de-escalation training, the review authors say that the “questionable quality” of these studies makes it hard to draw conclusions.

One reason why so little is known is that de-escalation training hasn’t been widespread or consistent across law enforcement. A 2017 study, which looked into deconstructing policing strategies in Spokane, WA, found that de-escalation techniques were not consistently used, likely because officers in Spokane used strategies they learned and honed on the job, in an ad hoc fashion.

While research on de-escalation is limited, there is more evidence that escalating force can make things worse.

While research on de-escalation is limited, there is more evidence that the opposite —escalating force — can make things worse when police are dealing with crowds. Tear gas and rubber truncheons tend to fuel fear and hostility, but clear and consistent communication with crowds, like after sports games or during protests, can build trust and defuse volatile situations.

The Spokane study found that, overall, the strongest tactic was the “humanity” tactic — where, instead of exerting power, the officer treats the citizen as an equal and with respect.

While evidence on the effectiveness of de-escalation is thin — research aside — perhaps we can all agree that “treating someone with respect” should be considered less of a  “tactic” and more of a  norm.

Social Entrepreneurs
How to build an inclusive economy
6:59
In partnership with Skoll Foundation
Our economy was designed to exclude and exploit people of color. These entrepreneurs are working to level the scales.
By Stephen Johnson

Entrepreneurs
Could Gen Z close the racial wealth gap through entrepreneurship?
5:14
In partnership with Ewing Marion Kauffman Foundation
This American city was ranked one of the worst for the success of black-owned businesses. Can these young entrepreneurs change that?
By Stephen Johnson

Fixing Justice
It’s not enough to remove "bad apples" from police forces
Police use of force complaints would not dramatically decrease if “bad apples” were fired early in their careers, Princeton and UPenn researchers predict.
By Kristin Houser
Up Next 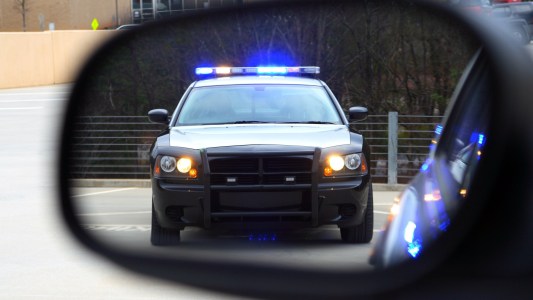 There are now apps, websites, and phone shortcuts designed to help you not only document police misconduct, but also report and protect it.