If witnesses hadn’t thought to pull out their smartphones and start recording, the world might never have known about the killing of George Floyd by Minneapolis police officers.

Now that smartphones are all but ubiquitous, practically every citizen has a powerful weapon against police misconduct right in their pocket or purse.

But the utility of smartphones doesn’t end with their built-in camera function — there are also apps, sites, and shortcuts to help you document and report police misconduct.

The “I’m Getting Pulled Over” Shortcut

In 2018, Apple’s digital assistant Siri got a new feature — Shortcuts — that lets a person trigger a series of actions with a single voice command. That same year, Arizona iPhone user Robert Petersen developed and released a Shortcut called “I’m Getting Pulled Over.”

The police have body cams, so this could be the civilian equivalent.

Once installed, if you say, “Hey Siri, I’m getting pulled over,” your iPhone will pause any music, dim the screen, and begin recording video through the front-facing camera. If the encounter involves any police misconduct, you then have video evidence of it.

There’s also an option to trigger the Shortcut to automatically send the footage to a specified contact or let them know your location at the time of the police encounter.

“It seemed to me that if you’re getting pulled over it couldn’t hurt to have a recording of the incident,” Petersen told Business Insider in 2018. “The police these days in many places have body cams, so this could be the civilian equivalent.”

The Police Shortcut only works on iPhones with iOS 12 or newer, but the Mobile Justice app is a comparable alternative for people with older iPhones or Androids.

Released by the ACLU in 2015, the app has three main functions: Record, Report, and Witness.

When you tap “Record,” the app begins recording video footage, and when you tap “Stop,” it uploads that footage directly to the ACLU — this can be useful if a police encounter ends with the confiscation or destruction of your phone.

The “Report” feature lets you share details about an encounter, such as the location, officer’s name, and any police misconduct you experienced.

When enabled, the “Witness” feature alerts you to any people using the Mobile Justice app near you and vice versa, providing directions to the location of the police encounter.

According to the ACLU, all of the recording and reports are sent anonymously, unless the user chooses to share their contact info with the organization. The app is currently available in 18 states, and the organization plans to expand to others.

Thirty years ago, activists in Berkeley, California, came together to form CopWatch, a group focused on monitoring and documenting law enforcement activity in their community.

The hope was that this would prevent police misconduct and brutality or, at the very least, provide evidence that could be used to hold police accountable for their bad actions.

Now, there are CopWatch groups in New York, Los Angeles, and other cities throughout the U.S., many of which have dedicated websites where you can find out how to get involved locally.

However, even if you don’t live near Berkeley, the original CopWatch site is worth bookmarking as it contains a trove of valuable resources for documenting and reporting police misconduct.

There are videos, handbooks, and even quizzes to prepare you for any less-than-legit police encounters. You can even sign up for Zoom classes that will teach you how to act when stopped by the police and how to preserve evidence of police misconduct.

Ecosystems
Turning Appalachia’s contaminated creek water into art
Acid mine drainage turns thousands of creeks orange in Appalachia. True Pigments is pulling that pollution to create paint pigments.
By B. David Zarley
Up Next 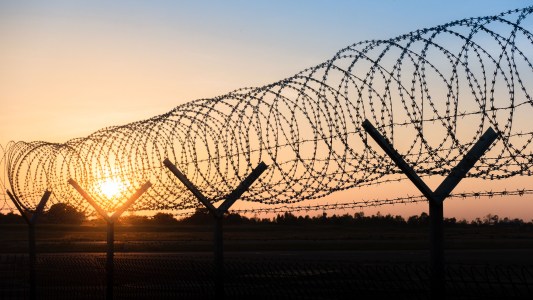 Across the U.S., prisons, jails, and detention centers are being transformed from facilities that confine people into ones that support them.