The idea: The flying race car is called the Alauda Airspeeder Mk3, and technically, it’s an electric vertical takeoff and landing (eVTOL) vehicle. That means it lifts off and lands vertically like a helicopter, but is powered by electricity and not fossil fuels.

At the time of the announcement, the Mk3 was still under development, but a full-scale, race-ready version of the vehicle has now taken its maiden flight — and a video of the voyage offers a glimpse into the future of racing.

The races: For the EXA series, Airspeeder is giving four teams of aviation, motorsport, and eSports experts each a flying race car. Those two-person teams will then remotely operate their Mk3s during races at three yet-to-be-announced locations.

All of the races will take place in 2021 and will be streamed on-demand. Each race is expected to last about 45 minutes and will include two pit stops so that the eVTOLs’ batteries can be swapped out.

Looking ahead: While each flying race car in the EXA series will be operated remotely, the drivers’ seats won’t be empty.

“We’ve got a robot in the cockpit, linked up to a pilot on the ground,” Matthew Pearson, founder of both Alauda and Airspeeder, told the Guardian. “When the pilot turns their head, the robot turns their head.”

Airspeeder plans to use those robots to collect data on how racing in an Mk3 affects the human body. That information will then be used to help the company reach its ultimate goal of piloted flying car races in 2022.

“We are proud to introduce a sport that redefines what humans and machines can achieve together,” Pearson said in a press release. “These historic first flights are just the start, and we are all excited to begin a momentous new chapter in motorsport’s rich legacy.”

Sports
When is the best time to exercise?
Though morning workouts may be optimal for circadian rhythms, afternoon exercise tends to be slightly more efficient.
By Ross Pomeroy 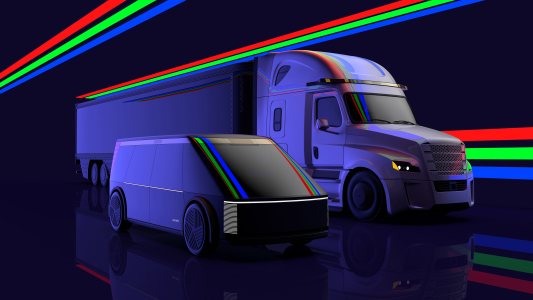 Cars
How lasers will create ‘uncrashable’ cars
By Jesse Damiani
Subscribe to Freethink for more great stories
Subscription Center
Sections
Video
Freethink
Subscribe
We focus on solutions: the smartest people, the biggest ideas, and the most ground breaking technology shaping our future.
Subscribe