If you had to rate humans from 1-10 on our ability to get along based on recent events, what would you give us? I’m guessing it’d be somewhere south of five. And you wouldn’t be alone. 77% of people say that the country is more divided than it’s ever been. We don’t have data for how people across the globe would answer that question, but I think it’s safe to say it wouldn’t be too different.

These opinions reflect the reality that certain religious, political, and cultural divides are widening in some discouraging ways. But these gaps are also exaggerated by the way that press coverage tends to emphasize bad news. “If it bleeds, it leads” is a media cliché for a reason, after all.

So while you’ll encounter no shortage of stories about strifes and conflict, here are five examples where people of different backgrounds and beliefs were able to come together.

Mormons welcome Muslim congregation into their church
Earlier this year, a Muslim community in Bellevue, WA lost its place of worship after their mosque was destroyed by an arson attack. But, upon hearing the news, a nearby Mormon church offered the Muslim congregation a place to gather and worship. According to the an official of the Mormon church, the decision was an easy one largely guided by their faith. “It’s really very simple. It’s just neighbors helping neighbors. Jesus said, ‘Love your neighbor.’ They’re right next door. How can it be more obvious than that?”

Black man reforms KKK members through friendship
Daryl Davis didn’t set out to be an activist, but he has made a name for himself by embarking on a unique journey to fight racism. His efforts may sound like a fool’s errand, but the results speak for themselves. Davis is a black man who travels the country talking to members of the KKK. Simply by befriending them, Davis has convinces KKK members to reject the racist beliefs of the Klan and hand over their robes. Davis says he has convinced over 200 people to leave the group and has collected over two dozen robes in the process. Davis isn’t without his critics, with some saying he is just wasting his time, but he’s convinced he can take reduce hate one person at a time.

Muslims in Pakistan build a church for Christians in their community
Last summer, a group of Muslims in Khaksabad, a rural village in Pakistan, set out to build a church for their Christian neighbors who had been the victim of an attack years earlier that had left 10 of their community dead. While Christians and Muslims live side by side in Khaksabad, in much of the country members of minority faiths live in separate housing. Villagers wanted to find a way to display the values they believe their religion really stands for. As a local priest remarked, “this church being built in a small village by the Muslims, is very significant. If there are those that fuel the fire, there are also those to douse the flames.”

Border agents reconnect families
Border agents in California periodically work with a non-profit called Border Angels to open up a small portion of the wall that separates the U.S. and Mexico. Immigrants in the U.S. are then allowed three minutes to see their family members who they often haven’t seen for years. The Times of San Diego covered the most recent opening. “Jannet Fernandez spent her three minutes constantly hugging and kissing her parents in Mexico. There was no time to do anything else, she said. Fernandez’s father had gained a little weight since she last saw him 10 years ago, she said, laughing quietly. The embrace with her father and mother seemed to erase all the time they had been apart, said Fernandez.”

Bronx Imam invites Jewish congregation to worship in his mosque
On the morning of September 11, 2001, Sheikh Musa Drammeh opened a new Islamic school and mosque in the Bronx. Like many New Yorkers, the events of that day left a powerful impact on him. It strengthened his resolve to show that people of different faiths could peacefully co-exist. A few years later when a nearby Jewish synagogue was running into financial troubles and would soon have to close its doors, Musa invited the congregation to use his Islamic cultural center. Some in his congregation criticized this decision and even briefly left the mosque.  criticize and even leave the mosque, But the initial controversy has since given way to an unlikely variety of interfaith activities and cross-cultural connections. 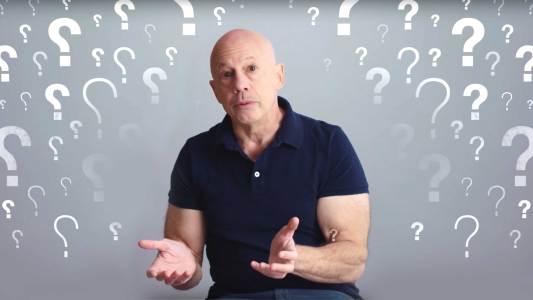 Why a gay rights activist started a movement to talk to thousands who voted against gay marriage.

Series | Crossing the Divide
LGBT rights: The power of a single conversation5:10
Subscribe to Freethink for more great stories
Subscription Center
Sections
Video
Freethink
Subscribe
We focus on solutions: the smartest people, the biggest ideas, and the most ground breaking technology shaping our future.
Subscribe