The state of the American union is tense. One of the most contentious elections we’ve had in years has left many people of all political orientations feeling defensive, conflicted, and fearful.

If that’s how you’re feeling right now, I won’t suggest that you stop caring. But I hope you’ll consider taking occasional reprieves from the political battlefield, and you consider doing that by watching one of Hans Rosling’s TED Talks.

I know. It sounds kind of unserious to recommend a TED Talk as a fix for existential angst. But if you’ve never seen a talk by Rosling, a Swedish public health researcher and medical doctor, you’re missing out on a very inspiring interpretation of the last 50 years or so of human progress.

Using thoughtful data presentations, Rosling reports that despite wars and despots and famines and pogroms, global humanity has spent much of the last 50 years inching en masse toward prosperity. Even in the developing world, which westerners tend to think of as statically poor, living standards have improved, people live longer, and infant mortality is declining.

I don’t know about you, but it’s a refreshing reminder that even when things feel tough, this is an incredible time to be alive. If you’re skeptical, just spend a few minutes with Rosling. 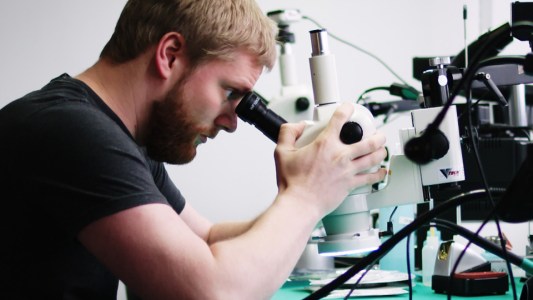 Democratizing microscopes, how we heal our political divisions, and BBC’s Planet Earth returns. These are our…

Public Health
This week in ideas: A $1 microscope, healing our divisions, Planet Earth is back
By Mike Riggs
Subscribe to Freethink for more great stories
Subscription Center
Sections
Video
Freethink
Subscribe
We focus on solutions: the smartest people, the biggest ideas, and the most ground breaking technology shaping our future.
Subscribe