What started as one man’s crusade to archive the world’s languages is now a global effort to save and even revive them. Volunteers worldwide are documenting the world’s rarest languages in a project called Wikitongues.

When Daniel Udell spent a year living in Spain at the age of sixteen, he learned Spanish and Catalan, his first two foreign languages. Learning Catalan, a historically persecuted language, was a wakeup call for Udell.

Listen to Lemerig, a language where only two known speakers remain:

“When you’re raised in a majority (of) overrepresented languages like English or Spanish, I think the vital role the language plays in people’s identities can be lost,” he says.

Now Udell speaks eight different languages, and he isn’t stopping there. He says that learning a new language felt like “learning about the world in a way that I hadn’t been taught.” He wanted to make linguistic diversity available to more people. So, he collects languages like some people collect baseball cards — the rarest being the most valuable. He founded Wikitongues as a way to share these languages with the world.

Documenting Languages on the Brink of Extinction

Udell launched the endeavor in 2014 by crowdsourcing videos of people speaking their native tongue. He gets help from over a thousand volunteers (and counting) from around the world. They make a video of people speaking their native language — introducing themselves, providing an oral history, or just talking about their culture — then they upload it to the online database, which is archived on servers provided by Dropbox. The archive is available on the web as a free language encyclopedia. Soon they will also be available at the American Folklife Center at the Library of Congress.

So far, Wikitongues has collected 500 languages — even documenting some languages for the first time in history, which Udell says present the most significant challenge. Undocumented languages, which are often spoken in rural communities that linguists haven’t visited, could mean that it isn’t recognized, doesn’t have an International Standards Organization (ISO) code, isn’t taught in schools, or is not supported by the community’s own government.

He was impressed when he first received a recording of an undocumented language. It was spoken by an Indigenous Bornean from Borneo, a large island that lies between Southeast Asia and Australia. He has since archived recordings of eleven such languages. There is no definitive count of the world’s languages. The most extensive catalog is Ethnologue, published by SIL International (formerly known as the Summer Institute of Linguistics). As of 2009, they list 6,909 distinct languages. Udell eventually hopes to store all the remaining languages in the world.

Giving Communities the Agency to Save Their Own Language

David Shorter is a professor at UCLA’s Department of World Arts and Culture who is not involved with Wikitongues. He studies the relationship between identity and language. He says that when a word is lost , the skill or tradition associated with that word sometimes dies with it. Shorter recalls a native culture where the traditional practice of identifying plants and herbs for medicine was lost as the language evolved and the plants were no longer called by ancestral names.

Wikitongues has collected 500 languages — even documenting some languages for the first time in history.

“When you have a change like that through generations, you’re not just losing a word, you’re also losing a little piece of culture and history,” he says.

Udell says that “there are about 3,000 so-called ‘endangered’ languages and only a couple hundred documented efforts to revitalize them.” It is estimated that a language is lost every two weeks. At that rate, half the world’s languages will be extinct by the end of the century.

But Shorter says that language preservation should be at the initiative of the native speaker. He says that how a language is documented and stored should be determined by native speakers and wonders how Wikitongues engages the speakers beyond just recording their language on video. To help native speakers choose their own path, Shorter created Wiki for Indigenous Languages as a set of a la carte tools to document languages.

At nearly 7,000, documenting all of the world’s languages is a tall order. Udell has amassed almost 900 videos in 500 different languages so far, but, according to him, that isn’t enough. He says that documenting a language isn’t saving it. He wants to give communities the agency to save languages on the brink of extinction. When people ask, “How do I save my language?” Udell wants Wikitongues to be able to provide the resources — something he says is abstract and complicated at this point.

It is estimated that a language is lost every two weeks. At that rate, half the world’s languages will be extinct by the end of the century.

Wikitongues continues to grow, with two paid staff members (Udell and a director of community) and a burgeoning group of volunteers. Udell still moonlights as a freelance web developer to sustain himself, but he isn’t slowing down. He feels the urgency of what is at stake.

“When you open things up on the grassroots level, everybody wants to be represented on a global scale. They want their language to be supported, so people show up,” he says. 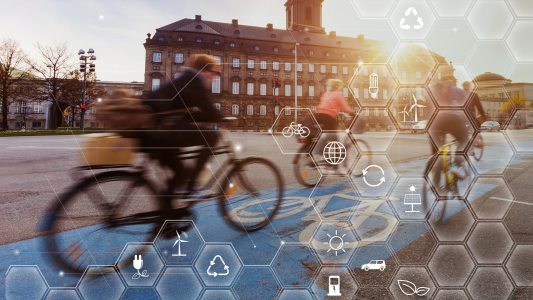 By 2050, 70% of the world’s population will live in urban areas (up from 50% now). With the climate crisis worsening, how can we support this urban trend in a sustainable way?

Series|Future of Cities
The sustainable city of the future: Copenhagen, Denmark
5:49
Subscribe to Freethink for more great stories
Subscription Center
Sections
Video
Freethink
Subscribe
We focus on solutions: the smartest people, the biggest ideas, and the most ground breaking technology shaping our future.
Subscribe