At first blush it may seem paradoxical, but the heavy industrial sector is both a key producer of carbon emissions and a key part of moving towards a clean energy future — providing the parts for the wind turbines, solar panels, and other tech that has pushed the cost of renewable energy below that of fossil fuels, and is helping turn cars and trucks electric.

On the other hand, according to the International Energy Agency, the world’s demand for cement and steel has doubled since the turn of the millennium, and the hunger for plastics produced by chemical firms has increased by over 90%.

Combined, the steel, concrete, and chemical industries produce carbon emissions comparable to that of all road transport, the IEA says — making them an attractive if daunting target for new decarbonizing tech.

Combined, the steel, concrete, and chemical industries produce carbon emissions comparable to that of all road transport — making them an attractive, daunting target for new decarbonizing tech.

Lopping massive percentage points off heavy industrial emissions won’t be easy to do, but it may be easier than we think, if Rondo Energy CEO John O’Donnell is correct. In fact, O’Donnell believes we may be uniquely positioned to finally make that impact with a classic building material: brick.

Cost is no longer the main thing hamstringing renewable energy adoption; the problem is being able to dispatch it on demand. As TechCrunch noted, there are times — when the sun is shining bright and the winds blowing just right — that the electricity produced is so abundant and cheap it might as well be free.

But it has no place to go, because demand isn’t high enough.

Storing up that energy to be used when demand is high has proven difficult. Traditional batteries are expensive, and can only store enough electricity to last minutes to hours. Researchers have been racing to surmount the barrier, working up batteries made from water and sand, or filled with something resembling syrup.

Rondo’s approach is much simpler: turn that electrical energy into heat, and store it in bricks for extraction on demand.

Rondo uses a toaster-like system similar to the blast stoves already employed by the steel industry to heat up its brick batteries, New Atlas reported. The company says it can then extract that heat with roundtrip 98% efficiency for use.

If that heat were then turned back into electricity, say by generating steam for an electric turbine, it would be subject to the same efficiency losses as any thermal power plant, typically around 60% or higher.

But industry uses a lot of heat — currently supplied by burning coal and gas — directly for manufacturing things like steel and cement. This is where very hot brick batteries can step in.

“Industrial heat powered this way becomes a solution to many of the problems in the electricity grid,” O’Donnell told the Wall Street Journal. “Harvesting the spare electricity is an immediate opportunity.”

“The truth is, my coffee thermos holds more energy than a laptop battery, a lot more cheaply.”

According to New Atlas, the current generation of the brick heat batteries can store heat up to 2,732 °F, which O’Donnell told Wharton Charge could cover about 80% of industrial heat requirements. An updated, more expensive version — right now, Rondo’s aiming for scale and widespread adoption — could hike that up to 3,272 °F, in the same neighborhood as steelmaking and meeting roughly 92% of heavy industry’s heat demands.

If O’Donnell is to be believed, the efficacy of their tech should be easy to spot soon enough.

“The couple of years of science and investigation are behind us, and we are right now making the journey from the labs, through late-stage prototypes, to our first customer installations this year with a goal of being at very large scale next year in the year beyond,” he told Wharton Charge. 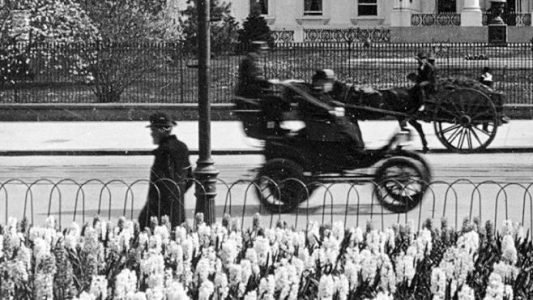 The electric vehicle’s environmental credentials might give them a final push to win the long game over traditional cars.

Transportation
The surprising history of how electric vehicles have played the long game and won
Subscribe to Freethink for more great stories
Subscription Center
Sections
Video
Freethink
Subscribe
We focus on solutions: the smartest people, the biggest ideas, and the most ground breaking technology shaping our future.
Subscribe