A material made from cheap and common chemicals could help capture the carbon dioxide from power plant smokestacks before it pollutes the atmosphere.

Although there already exist materials that can “scrub” the flue gas in smokestacks, most are only moderately effective or too expensive to implement at scale.

A compound called aluminum formate might not suffer such problems. That was the takeaway of a study recently published in Science Advances that described how the material could be a scalable option for post-combustion carbon capture, potentially costing a small fraction of the price of competing materials.

The problem: About two-thirds of the world’s electricity is generated by burning fossil fuels.

Coal is the world’s most used fossil fuel for electricity. It’s also the dirtiest.

About 30% of global CO2 emissions come from coal-fired power plants. The production and consumption of coal is harmful not only to the environment, but also to humans: Compared to all other energy sources, coal is by far responsible for the most deaths related to air pollution and accidents.

The reason it’s still so widely used? Coal is cheap and widely distributed across the planet. That’s why many developing nations still rely so heavily on coal for electricity, and why even some developed countries have been slow to curb coal production and consumption. Given these incentives, coal will likely remain a major part of the global energy mix for years to come.

Carbon capture could help mitigate some of the climate impact. But carbon capture techniques are generally expensive. And for systems that operate within coal-fired power plants, there’s the added problem of exposing the technology to hot, humid, and corrosive conditions.

Aluminum formate belongs to a class of compounds called metal-organic frameworks (MOFs). Studies have shown that certain MOFs can effectively capture CO2 through adsorption, which occurs when an extremely thin layer of molecules adhere to the surface of a solid or liquid.

But MOFs come with problems: Some are too expensive to produce at scale and others don’t perform well in humid conditions.

Aluminum formate struggles with humidity, but it’s cheap. The material is made from aluminum hydroxide and formic acid, two commodity chemicals that are inexpensive, widely available, and relatively easy to work with.

The Science Advances study found that aluminum formate is especially effective at capturing CO2 molecules. Its crystal structure contains holes that are just the right size for trapping the CO2 molecules that are in flue gas. These holes are selective: They trap more CO2 molecules than nitrogen molecules, which are larger, more numerous, and less destructive to the environment.

As for the humidity problem? The researchers suggested that, because aluminum formate is so cheap, it would be economically feasible to incorporate drying technology into the process, so that moisture wouldn’t hurt the performance of the material.

“There is a great deal of research going on nowadays into the problem of what to do with all the captured CO2,” Hayden Evans, one of the lead study authors, said in a statement.

“It seems possible that we could eventually use solar energy to split hydrogen from water, and then combine that hydrogen with the CO2 to make more formic acid. Combined with ALF, that’s a solution that would help the planet.”

The long and short term: In March 2021, UN Secretary-General António Guterres said that phasing out coal from the electricity sector was “the single most important step to get in line with the 1.5-degree goal of the Paris Agreement.”

China plans to become carbon neutral by 2060. Over the short term, however, Chinese coal production and consumption are likely to increase as the nation deals with power shortages and the need to fuel its continued economic growth. While solar and wind power are becoming cheaper and more reliable, making carbon capture feasible and afforadble could be a way to help developing countres bridge the energy transition in the meantime. 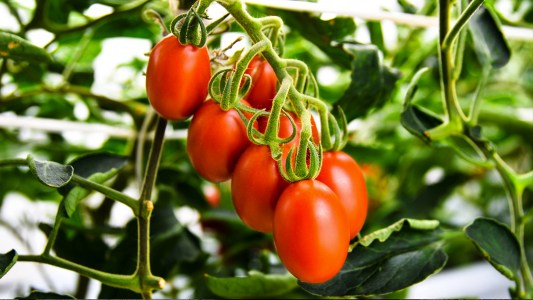 Using the powerful gene-editing tool CRISPR, researchers are altering crops and animals to add desirable traits and remove undesirable ones.

CRISPR
7 ways CRISPR is shaping the future of food
Subscribe to Freethink for more great stories
Subscription Center
Sections
Video
Freethink
Subscribe
We focus on solutions: the smartest people, the biggest ideas, and the most ground breaking technology shaping our future.
Subscribe