Elephant poaching is running wild in Africa. But somehow, Kenya, which was once a hotspot for plundering the gentle giants, now seems to be getting the problem under control.

Their secret weapon is simple: linking rangers and forensics with prosecutors — all through a clever smartphone app.

The threat: The illegal ivory trade is going strong. Fueled by the black market demand for ivory (particularly for traditional medicine in Asia), hundreds of African elephants are poached each year. As a result of this and other factors, the elephant population in Africa has dwindled to just 500,000 today, according to DW.

Turning it around: Kenya, on the other hand, appears to be a refuge for the beasts. The elephant population in the Eastern African country is trending in the opposite direction. In 1989, there were just 16,000 in the country. Since then, the population has more than doubled, reaching 34,000 in 2018, the last official number.

This can be attributed, in part, to the dramatic reduction in the amount of elephant poaching going on in the country. According to the Kenya Wildlife Service’s annual report from 2012, 384 elephants were killed by poachers in that year. Poaching has dropped significantly since then. In 2018, 80 elephants were poached. Last year, it was just 11, reports Republic World.

“In the past couple of years, we have managed to tame poaching in this country,” Kenya Tourism Minister Najib Balala said, reports DW.

How they did it: The Kenya government has been pulling out all the stops to protect the wild elephant population. They’ve even made a public display of their anti-poaching efforts. President Uhuru Kenyatta sent a warning to smugglers in 2016 when he set fire to a lucrative cache of elephant tusks and rhino horns, reports DW. But the winning formula was a combination of increased monitoring via a smartphone app and rigorous prosecution.

“This (smartphone app) has totally changed the way we patrol,” Eric Irere, a park ranger at Mpala, told the Financial Times. “This reduces the need for the rifle.” Mpala is a research center in a conservation ranch that supports wildlife.

The app, called SMART — Spatial Monitoring And Reporting Tool — provides rangers with a means to document and track possible threats to the animals. They can log the geolocation of wild animals they see, suspicious people (like those that shouldn’t be in that area), and signs of elephant poaching (like wounded animals). The app bridges the gap between rangers, forensics, and prosecution. Prosecutors can use the information to piece together a crime scene. According to Kenyan authorities, this has led to Kenya’s sharp drop in elephant poaching.

Dino Martins, the executive director of Mpala, told Financial Times that he was seeing elephants being poached when he started his job six years ago. Now he says, “We have had zero poaching, at least here, and I’d say for all the conservancies around us, for three or four years now.”

Challenges: There are still challenges to overcome to beat elephant poaching completely. Specifically, most people who are prosecuted are “boots-on-the-ground” poachers — locals hired to kill the animals and take their tusks. The bigwigs funding and orchestrating the crime remain at large.

“This is organized crime, and organized crime is interrelated,” Gikui Gichuhi, head of the wildlife division at Kenya’s Office of the Director of Public Prosecutions, told Financial Times. “You have to constantly think how to catch and charge these people… In most cases, we … get the people on the ground, or the guys who are just organizing the transport of the items, not the real people who benefit.” 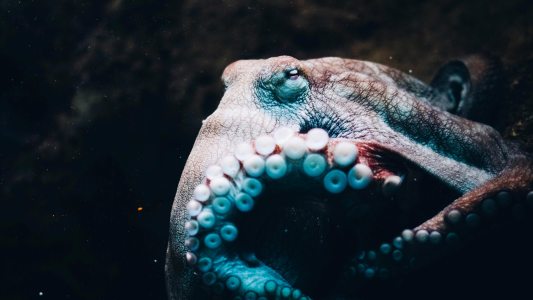