Before the days of public sanitation, people in cities shipped their dead to graveyards on the outskirts of town, where they could be safely buried. New Yorkers, for instance, sent their dearly departed to Brooklyn, a once spacious area that today is overrun with commercial and residential development, says Christopher Coutts, a professor of urban planning at Florida State University.

Most people still want their final resting place to be close to where they lived and to their families, he says. But fulfilling that desire in cities is becoming increasingly difficult, if not impossible. Take Hong Kong’s public columbariums, for example. These facilities, which store urns of cremated remains, have an average wait time of four years and are at maximum capacity.

More than 4.3 million gallons embalming fluid and 20 million board feet of hardwood go into the ground each year in the U.S., while cremations release 1.74 billion pounds of carbon dioxide, according to the non-profit Green Burial Council.

To address these challenges, alternative green burials are emerging. One approach that’s picking up steam is “human composting,” which uses microbes to efficiently break down corpses into soil. This summer, Washington State became the first to legalize the process, and the Seattle-based company Recompose (previously known as the Urban Death Project) plans to open a human composting facility by early 2021.

Lynne Carpenter-Boggs, science advisor at Recompose, is one of the researchers leading the effort to bring human composting to life. As a soil scientist at Washington State University, Carpenter-Boggs previously studied methods for composting livestock on farms, which eliminates the risk associated with transporting dead animals. Tens of millions of chickens had to be killed during the 2015 avian flu outbreak, many of which were composted, she says.

The challenge of adapting livestock composting, which mixes corpses with manure and rotting food, to human composting is finding socially acceptable materials. Her team evaluated wood chips, weeds, straws, and grains to create a blend that support body-decomposing bacteria.

With the help of heat (90°F) and mechanical mixing, the researchers hope to develop a process that can break down a body completely within 30 days. Carpenter-Boggs says they’ve completed a pilot trial with six donated bodies and are working on publishing the results.

According to Recompose, choosing human composting instead of traditional burial or cremation saves one metric ton of carbon dioxide emissions. The company says that family members would be allowed to take home the approximately one cubic yard of soil produced by the process or donate it to the facility’s gardens.

David O. Carter, a forensic sciences researcher at Chaminade University of Honolulu, says he’d like to know more about Recompose’s process. Carter, a Green Burial Council board member, says green burials exist on an environmentally friendly spectrum. He considers natural burial — that is, the unassisted decay of a body — to be the “dark green” end of the spectrum, while he puts human composting on the “pale green” end, depending on how much heat and mixing is used. He points out that building a facility also requires natural resources and electricity to operate.

Still, Recompose’s plans may be a step in the right direction and one that others may soon follow. Located on the opposite coast, a collective based out of Columbia University, called DeathLAB, wants to decompose bodies through a process they call “Light After Life.” The hypothetical oxygen-free method accelerates human decomposition and produces a bio-gas that powers the lights of a reusable memorial vessel to create captivating displays.

Another alternative is alkaline hydrolysis, a water-based method that dissolves bodies in a warm bath of basic solution that can be poured safely down the drain. This technique has already been adopted by veterinarians for animals and is legal for humans in more than a dozen states.

But whether people will embrace these new methods remains to be seen. In 2015, 48% of people in the U.S. chose to do cremation while 45% chose ground burial, according to the National Funeral Director’s Association (NFDA). However, a 2019 consumer survey conducted by the NFDA found that 51% of respondents would be interested in exploring green funerals.

In the meantime, Coutts supports city design solutions, such as multi-use spaces that could be used as both for natural burial and respectful public use. “You can provide a service for the dead, but also provide benefits to the living in the form of nature conservation,” he says.

While he’s a fan of human composting, Coutts admits the idea of using the deceased as fertilizer could weird people out. However, he says that burial practices can evolve: embalming, which is commonplace today only started about 100 years ago. “I’m confident that things can change in a generation or two,” he says. 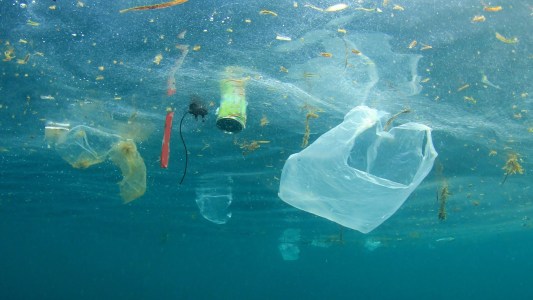 Sustainability
These scientists extract plastic from bacteria
Subscribe to Freethink for more great stories
Subscription Center
Sections
Video
Freethink
Subscribe
We focus on solutions: the smartest people, the biggest ideas, and the most ground breaking technology shaping our future.
Subscribe