Tape measure, smartphone, tree borer, granola bars, warm gloves, and a doggie dish: these are the tools Nichole Smith carries when she, her husband Alex, and Mansfield the dog go tree hunting. They’re looking for western red cedar — the kind that grows in Mt. Hood National Forest, and therefore is illegal to cut down.

The word “poaching” usually calls to mind ivory husks, big cats, or sea turtle eggs. But tree poaching or illegal logging, often paired with drug sales and other criminal activity, is surprisingly widespread in the United States. Poachers look for species, like bigleaf maple and yellow cedar, that are prized for their beautiful wood, which is used in musical instruments, fine furniture, and art. In the Midwest, black walnut is highly sought after, and in the West, black cherry.

With the right size and patterning in the woodgrain, a single tree could fetch thousands of dollars. But the environmental effects of illegal logging can be widespread, including habitat loss, loss of biodiversity, and even social impacts where trees that are important to indigenous cultures were taken.

Smith carries a collection permit provided by Adventure Scientists, an organization that pairs volunteer citizen scientists with research projects. It allows her to legally collect samples in the Mt. Hood National Forest. She heads toward a river with a handful of barcoded envelopes for collecting leaves and cones. The wet, riparian area is ideal for western red cedars, the tree she’s after.

Western red cedars are the largest and oldest trees in the Pacific Northwest. The native giants are hard to miss, topping out at 230 feet tall, with some specimens nearly 1500 years old. With their flat needle-leaves, fissured bark, and sweet smell, just seeing one is a treasured experience. Many people travel cross-country for the opportunity. Because of its attractive grain, durability, and lightweight feel, western red cedar is also highly sought after by timber thieves.

About 20 minutes in, she finds a stand of old-growth forest — cedar, fir, and hemlock. The trees are massive. Some appear to be six feet in diameter. Among them are western red cedars. Smith fishes the increment borer out of her backpack and gets to work collecting tree samples.

Mt. Hood National Forest extends for sixty miles south of the Columbia River Gorge, with old-growth forest covering 345,300acres, according to U.S. Forest Service (USFS) estimates. The mountains and dense forest make an ideal backdrop for the poachers to hide, making tree poaching crimes hard to bust. Sometimes, the only indication that a thief was there comes from a few shredded stumps — all that remains of the poached trees.

The environmental effects of illegal logging can be widespread, including habitat loss, loss of biodiversity, and even social impacts where trees that are important to indigenous cultures were taken.

Anne Minden, a former criminal investigator for the USFS, has almost three decades of experience in nabbing tree thieves. She says that there are several types of illegal logging activity: buyers and mills may forge permits, delivery logs, or receipts they are required to have to verify where the wood came from. Sometimes, loggers push the limits of logging permits on public lands, taking more than allowed. And then there is outright poaching, which she says is hard to stop.

That’s where Nichole Smith comes in. Thanks to the “timber tracking” course provided by Adventure Scientists, which taught her how to identify, measure, and sample the trees, Smith knows exactly what to do to collect her first sample. Still very early in the morning, Smith’s hands are cold as she drills into the tree, making it hard to pull out a core sample. But as she draws out the sample, Smith marvels at the lines of each tree ring, visible in the long, narrow thread of wood tissue.

By this time of year, the trees have dropped all their cones, so Smith searches the ground at the foot of the tree, looking for the tiny western red cedar cones, some as small as her pinky fingernail. She notes the GPS position, takes photos of the tree and bark, and jots down details about the landscape. In all, it takes about 15 minutes to collect the data and log it into the app.

As a volunteer for Adventure Scientists, Smith is one of 100 “timber trackers,” who hope to collect 7,000 samples in the next two years. The group sends the samples to Richard Cronn, a research geneticist with the USFS.

Since 2017, they have been helping to build a genetic database of trees that are attractive targets for tree poaching. After tackling bigleaf maple last year, they moved on to western red cedar.

In 2008, the Lacey Act, which bans trafficking illegal wildlife, was amended to include products made from illegally logged wood. It is illegal not only to sell poached fish, wildlife, or plants, but even to possess them. This includes all species that are protected by international and domestic law.

But there are many species of tree that have both legal and illegal sources, so it’s not easy for the government or dealers to tell them apart.

Chopping down cedar trees or bigleaf maple is by-and-large legal on private or public land, with permits. Both can be harvested legally in the U.S., and neither are threatened or endangered. But commercial timber harvesting is prohibited in National Parks. Legally harvested and black-market timber are indistinguishable, side by side. This presents a conundrum for law enforcement: unless they can prove the geographic region where the lumbar originated, they can’t prove that it is illegal.

That’s where Richard Cronn’s genetic analysis comes in. First, it could connect one of those shredded tree stumps found in the forest to a log for sale on the market — think CSI: Trees, where Horatio Caine finds a hair at the crime scene and matches it with the perp. Alternatively, it could zoom in on a tree stand or specific location where the tree likely came from — say, a National Park. But to do this, they need a reference database.

Cronn looks for variations in the tree’s genome, called single nucleotide polymorphisms (SNPs), which are distinct variations of a single letter of DNA. These areas of variation act as signposts scattered across the genome. They allow him to estimate the origins of a stand of trees by providing clues about how rare or abundant a variation is, the same way that consumer genetic tests estimate a person’s ancestral origins.

In other words, scientists will be able to testify how likely it is that a piece of wood came from a tree in a particular National Park or National Forest. If the likelihood is near 100%, then you can bet the wood is poached.

Minden caught plenty of thieves during her three decades at the USFS. She does not work with Adventure Scientists, but she says the genetic database would be “extremely useful.”

“This is cutting edge technology. It would be very useful to take a tree sample and know the general area where the wood came from,” she says, adding that having scientists give testimony in court would propel the investigation forward.

Genetic analysis could connect one of those shredded tree stumps found in the forest to a log for sale on the market — think CSI: Trees.

In addition to helping solve timber theft crimes, the database also has the potential to solve other types of crimes. A few years ago, Cronn was asked if he could tell the difference between two pine needles with DNA sequencing. Law enforcement hoped the needles, found in a suspect’s vehicle, could connect it to the scene of the crime. Using a genetic database, Cronn was able to determine possible locations the needles came from.

The project could also provide methods that might be useful for other species.

“There is a lot of effort that goes into tracking and management for threatened carnivores and endangered birds. There should be noninvasive ways for us to capture this data, but often the limiting feature is that we don’t have enough people in the Fish and Wildlife Service or in the Forest Service to be able to get out and do all that work. If we have all these enthusiasts that love spending time out in the wilderness areas that are interested in getting trained for this, it opens a world of possibility,” Cronn says.

Back in the National Forest, Smith is finishing the data collection protocol on the last tree. By now, the sun has warmed up the river valley, her gloves are off and down jacket unzipped. She places a leaf in an envelope with silica beads to prevent it from molding. She scans the barcode with her phone and enters the data into the app. When she returns home, she will send the entire collection to Adventure Scientists.

Smith says that before volunteering with Adventure Scientists, tree theft in the U.S. was not an issue she was aware of. Now she is noticing it in the news. Earlier this spring, when an Oregon hardwood importer was caught bringing in illegal wood, Smith paid attention. “I’ve been telling my coworkers and my friends about what I’m doing and talking about illegal logging,” she says, “I’m spreading the word.”

Smith, her husband, and her furry companion, head home along the edge of the river. They round a river bend, and Smith stops. There, before her, stands a pocket of massive trees. They are right on the edge of the river. The moment takes Smith back in time. She pictures what the landscape looked like hundreds of years ago before logging began, and the big trees became targets. She sees a Douglas fir, one of the biggest, and likely oldest, trees she had ever seen. Smith hikes often, but moments like this still cause her to stop and marvel. 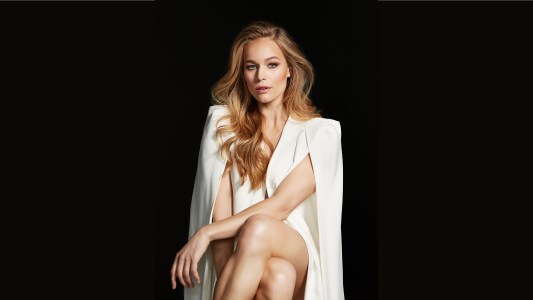