Researchers have created a new battery membrane made of recycled Kevlar fibers that might unlock a new kind of battery, called lithium-sulfur, which could quintuple electric car range.

Their battery lasts for 1,000 charging cycles, orders of magnitude more than most other stable lithium-sulfur batteries — a major advance that could finally make them commercially useful.

The challenge: Lithium-sulfur batteries seem capable of replacing the ubiquitous lithium-ion batteries, which are currently the gold standard for electric vehicles. The sulfur type boasts five times the energy storage capacity of the latter.

“There are a number of reports claiming several hundred cycles for lithium-sulfur batteries, but it is achieved at the expense of other parameters—capacity, charging rate, resilience, and safety.”

But there is a catch — the lifespan, or number of times the battery can be charged and discharged, is much shorter. It is so brief that it renders the battery useless in electric vehicles.

Despite the charge capacity of lithium-sulfur batteries, the materials are incredibly unstable.

Inside the battery, the ions flow through a membrane between the anode (positive end) and cathode (negative end) — a process that generates the electrical current. But lithium atoms can form fern-like structures called dendrites. If these structures get big enough, they can puncture the membrane, short-circuiting the battery.

Chemical reactions between the molecules in lithium-sulfur batteries cause the cathodes to grow in size by 78% during each charge cycle. What’s more, these changes can cause dangerous battery fires, The Independent reported.

“There are a number of reports claiming several hundred cycles for lithium-sulfur batteries, but it is achieved at the expense of other parameters—capacity, charging rate, resilience, and safety,” University of Michigan engineer Nicholas Kotov said in a statement.

“The challenge nowadays is to make a battery that increases the cycling rate from the former ten cycles to hundreds of cycles and satisfies multiple other requirements including cost.”

What they did: The fern-like structures are challenging to stop, but Kotov’s team from the University of Michigan found a way. They created a membrane with pores that are large enough for lithium ions to flow through but small enough to thwart the growth of the dendrite tendrils.

Typically, the battery membrane’s pores are a few hundred nanometers wide. The team’s new membrane sports pores only 15 to 20 nanometers wide — about 20-billionths of a meter. (To give you an idea of the microscopic scale they are working with: a sheet of paper is about 100,000 nanometers thick.)

The team made the membrane with nanofibers from Kevlar, the material used to create bulletproof vests. They layered the fibers in thin sheets, so they could keep the necessary lithium-ion conductivity while impeding the growth of the fern-like appendages.

Because the battery is expected to last 1,000 cycles, on average, it would only need to be changed every ten years. Compared to lithium-ion batteries, the materials used are also cheap, plentiful, and less ecologically destructive to acquire. Plus, the heat resistance of Kevlar might lead to safer batteries because the membrane is more likely to survive a fire.

“The special feature of this material is we can make it very thin, so we can get more energy into the same battery cell size, or we can shrink the cell size,” said engineer Dan VanderLey. “We’ve seen a lot of interest from people looking to make thinner products.”

Because of the success of their work, which will be published in the journal Nature Communications, thirty businesses have asked for samples of the Kevlar membrane. 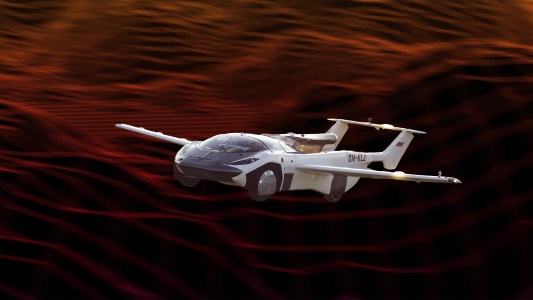 The AirCar — a car-airplane hybrid vehicle with a 600+ mile range — is now officially “airworthy” in the European Union.

Transportation
Flying “AirCar” cleared for takeoff in the EU
By Kristin Houser
Subscribe to Freethink for more great stories
Subscription Center
Sections
Video
Freethink
Subscribe
We focus on solutions: the smartest people, the biggest ideas, and the most ground breaking technology shaping our future.
Subscribe