Researchers in China have taken the concept a step further, creating a fabric that reflects multiple kinds of solar rays, including mid-infrared rays, which are an important source of heat.

When fashioned into a vest, the fabric kept a human subject’s body 5C (or 9F) cooler than mere white cotton, the authors reported in their study, published in Science.

While it looks like normal fabric to human eyes, “optically, it’s a mirror,” Guangming Tao, an engineer at Huazhong University of Science and Technology, told Science.

Across the spectrum: There’s more than one type of light coming to us from the sun. Light covers an entire spectrum.

Beyond the visible spectrum — the colors we can see — there’s plenty of electromagnetic radiation, such as ultraviolet light, that is invisible (well, until it makes tourists’ shoulders look like pan-seared shrimp).

You’ll sometimes see clothing with an SPF rating, designed to reflect UV light and protect your skin. On the other end of the visible spectrum from UV is near-infrared radiation (NIR), and there’s an entire class of materials designed to reflect this, too.

There’s a problem with reflecting NIR, however: after it’s bounced off, it gets absorbed by water molecules in the air, heating the air around you — like your very own personal greenhouse effect.

Researchers have created a fabric that reflects multiple kinds of solar rays, including mid-infrared rays, which are an important source of heat.

To overcome the issue, researchers turned a little further down the spectrum, focusing instead on mid-infrared radiation (MIR). Unlike NIR, the MIR particles slip by the molecules in the air, Science explains, and hurtle off into space, cooling off whatever is bouncing back that light, without heating the air nearby.

The effect is known as radiative cooling.

Tao and Zhejiang University engineer Ma Yaoguang focused on MIR reflection to get their cooling effect, but their fabric also bounces back visible light, UV, and NIR as well.

The drop: The Chinese team’s material — which they’ve dubbed “metafabric” — is made from a synthetic fiber/polylactic acid blend, shot through with white, light refractive mineral nanoparticles found in sunscreen — and the exterior paint of the Saturn V rocket (no word on if it’s dry clean only).

The textile is woven in such a way as to let the garments breathe, and the nanoparticles come in a variety of sizes for maximum light-scattering ability.

When that material comes into contact with the wearer’s skin, it uses a chemical bond to hoover up the body heat before rocketing the MIR off into space, the South China Morning Post explains.

White vs. mirror fab: To test their material, the researchers made a form-fitting vest, half from the metafabric and half from ordinary white cotton. A grad student donned the garment and sat outside for an hour in direct sunlight. The half of their body covered in metafabric was 5C cooler than the cotton side.

The researchers feel their fabric has the potential to be commercialized. “Through scalable industrial textile manufacturing routes, our metafabrics exhibit excellent mechanical strength, waterproofness, and breathability for commercial clothing while maintaining efficient radiative cooling ability,” they wrote in their paper.

Stanford materials scientist Yi Cui, who made a previous attempt at a MIR-reflecting fabric, told Science that while the results are “interesting,” there’s still some basic and important info to be ascertained. How well does the metafabric cool someone who’s moving around? Does it work when the fabric is cut more loosely?

Sartorial sun blocking: The researchers estimate that metafabric clothing could be manufactured for about a 10% markup. “We can make it with mass production, which means everybody can get a T-shirt … and the cost is basically the same as their old stuff,” Ma told Science. “It can benefit everybody.”

Their goal is to help people weather the extreme heat — now being felt in traditionally cooler climes, like the hellish and lethal wave that recently struck the Pacific Northwest — climate change is destined to bring.

As clothing is the primary way we protect ourselves from the sun, the researchers write that incorporating personal cooling technologies could perhaps “effectively defend human[s] against the intensifying global climate change.” 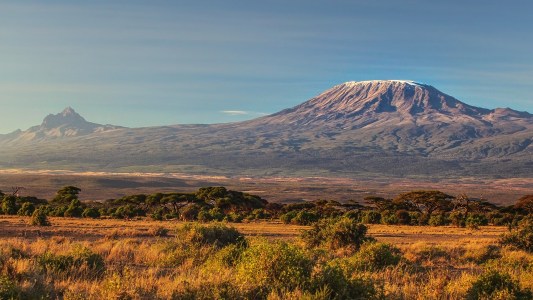 A more sustainable approach to copper mining may be digging wells under dormant volcanoes to suck out the metal-containing fluids below them.