The Schooner Yukon sailed through all sorts of weather. Alaska is notorious for extreme weather and pleasant summers. In the ship’s log is a history of sailors at work: on a balmy Tuesday (April 20, 1875), the carpenter pounds wedges around the mast. A month later, the crew surveys the coast through the fog. And day after day, dutifully recorded, is weather data — sea-state, ice conditions, barometer readings.

Did they ever imagine that, a century and a half later, their notes might reveal clues to a changing global climate?

With the weather and ice data from old ship’s logs, Wood realized it was possible to reconstruct the history of sea ice in the Arctic.

At the Innovation Hub in the National Archives, interns Sasha Laftin and Tyler Black scan page after page of weather logs from survey vessels like the Yukon, as well as U.S. Navy, Coast Guard, and whaling ships. There are thousands of these logbooks in the Hub, since federal vessels are required to document and archive all ship operations. Aside from the logbooks, there isn’t anything in the room that looks old or antiquated; the scanner itself has a wide glass top and electronic tray, built specifically for this project to handle the large volumes.

“You don’t know a current trend until you know the past.”

Gina Perry, the archive specialist, wheels out a stack of logbooks and begins opening them one by one. She shows me flowers pressed between pages — corners, damaged and repaired. She flips through pages and pages of weather data.

As a former merchant mariner, jotting down the weather is second nature for me. Sailors note everything in our logbooks, even if it seems humdrum. But Dr. Kevin Wood, a merchant mariner turned climatologist, saw treasure in those pages.

Now, Wood and his team of scientists at the University of Washington are transcribing these dusty logbooks to learn about long ago Arctic conditions — and what they can tell us about today’s changing climate.

Until recently, scientists mostly relied on sea ice data from satellite images, which only started in 1979.

Wood sailed traditionally rigged vessels, like the schooners of the 19th century, about a decade before my time at sea. After reminiscing (as former sailors will) about Captain So-and-So and sailing schooners in the northeast, Wood turned the conversation from boats to climate science.

“I knew when I was in the merchant marines that there was a lot of useful data out there,” he says, but “very little of the inventory of marine meteorological data has been transcribed.”

That was enough to help propel him toward a career in marine climatology.

Until recently, scientists mostly relied on sea ice data from satellite images, which only started in 1979. But with the weather and ice data from old ship’s logs, Wood realized it was possible to reconstruct the history of sea ice in the Arctic.

In a recent paper published by American Meteorological Society, Wood and his team used mariners’ hand-written notes and computer simulations to estimate Arctic sea ice volume all the way back to 1901.

“You don’t know a current trend until you know the past,” he tells me, explaining that building a more accurate model of ice, weather, and atmospheric conditions from the 1800s will allow researchers to better understand today’s weather anomalies. “To understand the variability, you need long-term data.”

To get that data, Wood came ashore and helped launch Old Weather, a crowdsourced citizen science project to mine old ship’s logs for clues about the Earth’s climate.

Wood’s volunteers have had to extract the data from 20,000 pre-WWII logbooks, reading and transcribing one page at a time.

Fortunately, government vessels have long been required to give a detailed account of the weather conditions and note their exact position throughout the day. But to make this hand-written data usable, Wood’s volunteers have had to extract the data from 20,000 pre-WWII logbooks, reading and transcribing one page at a time. This is as tedious as it sounds. To aid the process, the Old Weather team designed a scanner for the logbooks and developed a program to help with transcriptions. And it’s paying off: they’ve already digitized thousands of books.

“The amount of logs Old Weather has transcribed is impressive,” says Hajo Eicken, a geophysicist at the University of Alaska, Fairbanks. “They are extracting this vast wealth of information on the climate — not just a single measure like temperature, but it’s a whole bunch of things that mariners recorded.”

“If you had done this the old way, it would take a century,” he added.

Eicken, who does not work with Old Weather, has also analyzed mariner’s logs in his research. He says that to understand historical variations in climate, we need lots of data covering a long time period.

Thanks to Old Weather, Wood and his team were able to get that data, revealing long-term trends in the history of Arctic ice.

The long-term trends show that sea ice is now at its most considerable decline in over a century.

The Arctic had a significant decline in sea ice in the 1920s and ’30s, concerning scientists at the time, but the ice then soon recovered. Today, the question is whether current ice loss in the Arctic is a similar temporary variation or a more serious decline, driven by climate change. But Wood says that thanks to this new long-term data, they know much more. According to their study, the lowest recorded Arctic sea ice happened in September 2012, and the long-term trends show that sea ice is now at its most considerable decline in over a century.

“The earlier event (in the 1920s) wasn’t anything like today. It was much less intense than the anthropogenic ice melt we see today.”

“The earlier event (in the 1920s) wasn’t anything like today. It was much less intense than the anthropogenic ice melt we see today,” he says.

But Wood didn’t stop with ice. Using the trove of observations by old sailors, Wood’s team was even able to create a 3-D simulation of weather conditions across the globe, for every 6 hours going back to its first record. (The Department of Energy kindly loaned them a supercomputer to crunch the petabytes of data required to simulate the entire surface of the Earth.)

Wood now hopes to take Old Weather to the next level, by developing a machine learning tool that will do the transcription work that citizen scientists are currently doing by hand. But AI won’t negate humans’ role entirely: they will still need to check its work and give the data a final stamp of approval.

Back in The Hub, intern Laftin places another book on the tray, opens it to the first page, and raises it to the scanner glass. The machine hums and displays the page on the screen, and she moves quickly on to the next page, while Gina Perry carefully packs the logbooks away in their protective boxes.

I want to look at each detail, touch the pages, and imagine sailors jotting down their notes on the pitching sea, walls of ice lining on the horizon. They were likely donned in heavy wool or waxed cotton, as opposed to the fleece and Gortex gear I carry in my sea duffle. They plotted their positions using a sextant or compass, without the unimaginable luxury of GPS.

“I’m sure people who kept the logs would never imagine how we would use them today,” Perry says, reading my mind.

I wonder if they could even imagine such a thing as climate change. 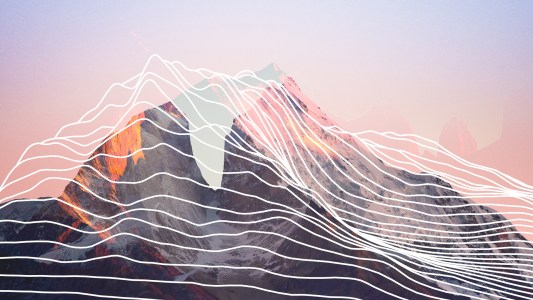 “Ecoacoustics” is an emerging field of research. Instead of chasing down isolated animal sounds, researchers are using all of the acoustic properties of a location to answer ecological questions.