The impact of climate change is already being felt around the world — average temperatures are the highest ever recorded, sea levels are rising at accelerating rates, and extreme weather events are becoming more common and severe.

These changes are displacing communities, helping diseases spread, threatening food and water supplies, and more — yet the world is still not decreasing our greenhouse gas emissions fast enough to prevent the problem from getting far worse in the future.

By reflecting some of the sun’s energy, we could quickly counteract the climate’s warming.

The situation is so dire that the US government has now directed the Office of Science and Technology Policy (OSTP) to create a working group with relevant science agencies to develop a five-year research plan for studying solar geoengineering.

Solar geoengineering, also called “solar radiation management,” would deliberately manipulate the amount of solar radiation that reaches Earth or gets trapped in our atmosphere. By reflecting some of the sun’s energy, we could quickly counteract the climate’s warming, cool the planet, or help refreeze polar sea ice.

Here are a few of the most popular, and controversial, solar geoengineering proposals the US might research — as well as the reasons some think we shouldn’t even consider them.

The idea: One of the first and most popular solar geoengineering ideas, stratospheric aerosol injection (SAI) calls for the release of tiny particles of a reflective material, such as ​​sulfur dioxide, into the stratosphere — the layer of the atmosphere that extends from 4 to 31 miles above Earth’s surface.

Once in place, these particles would, in theory, cool the planet by reducing the amount of sunlight that reaches the lower atmosphere and Earth’s surface. One SAI proposal would target only the atmosphere above the poles, to try to refreeze polar sea ice and slow sea level rise, while attempting to minimize the impact on the rest of the Earth’s climate.

The challenges: If carbon emissions continue to increase, simulations of SAI suggest we would need to pump up to 50 million metric tons of particles into the atmosphere yearly to stop the average global temperature from increasing.

How much the process would cost and how we’d distribute the particles — ideas include high-altitude airplanes and tethered balloons — are important questions for the five-year research plan.

More research is also needed into the potential side effects of SAI. A NOAA simulation suggested it could affect precipitation trends, for example, and reduced sunlight could affect crop growth. Limited efforts to freeze the poles could still affect the polar weather systems that affect climate and storms elsewhere.

Another key question is what might happen if/when we stopped the process.

The idea: Like SAI, the goal of marine cloud brightening (MCB) is to reflect sunlight to cool the Earth, but instead of pumping particles into the stratosphere, we’d make the low-hanging clouds over the ocean brighter by spraying a mist of seawater into the air from boats.

The salt particles in this water would theoretically collect water vapor, increasing both the reflectiveness of the clouds and their lifespan. An existing example of this effect is seen in “ship tracks” — bright clouds that form above a ship’s route as water vapor clings to the particles in its exhaust.

The challenges: MCB could be a more targeted form of geoengineering — we might be able to increase the brightness of clouds over specific coral reefs to minimize bleaching, for example — but whether we could brighten enough clouds to cool the planet is hard to predict.

Details on precisely how to brighten those clouds still need to be worked out, too.

“There are complex microphysics at play,” said ​​Fabian Hoffmann, lead author of a 2021 NOAA report on geoengineering. “If your particles are too large or too small, too many or too few, you could get little or no cloud brightening, or even less reflective clouds, as a result.”

The idea: Cirrus clouds are wispy clouds that form 3.7 to 8 miles above Earth’s surface. Unlike low-altitude marine clouds, which reflect solar radiation away from the planet, these ones trap heat in the atmosphere.

The idea behind cirrus cloud thinning (CCT) is to use planes or drones to seed cirrus clouds with dust-like particles. This could theoretically thin them out, letting more heat escape and reducing the clouds’ lifespans.

The challenges: CCT is a newer geoengineering proposal, and studies that have been conducted on the topic are mixed — some have concluded that seeding cirrus clouds could actually make them thicker and better at trapping heat.

Even if CCT can allow more heat to escape, it could cause unwanted side effects, such as disrupted precipitation patterns. Researchers need to look into those potential effects, as well as explore the feasibility and cost of pumping cirrus clouds full of particles.

The idea: An even more radical solar geoengineering technique is the installation of a “sunshade” in space to act like a giant parasol for Earth. Ideas for what this sunshade should be made of range from trillions of tiny spacecraft to a Brazil-sized array of silicon bubbles.

If the shield could block even 2% of sunlight, we could potentially revert our planet to its pre-industrial climate, and because it wouldn’t require us to mess with the atmosphere, proponents claim there’s less risk of unwanted side effects on the climate.

The challenges: Getting even a small payload into space is expensive, and the costs of building a sunshield large enough to block 2% of sunlight could easily reach trillions of dollars.

The solution wouldn’t be permanent, either — within just a few years, the orbit of the shield would decay, moving it out of its ideal position between the Earth and sun, requiring constant launches to maintain.

And while it might be less risky than atmospheric proposals, it shares some of the same downsides as SAI, such as less sunlight, and we don’t know for sure what the other side effects might be.

These aren’t the only solar geoengineering proposals — there are other, less-explored ideas for making Earth’s structures, oceans, and even its vegetation more reflective — but aside from SAI, we don’t know what other tech the OSTP-led group will explore.

Even if the US scientists determine that solar geoengineering is scientifically feasible and cost-effective, that doesn’t mean the nation would jump right into it — because most efforts would affect the whole world, there would still be geopolitical issues to hash out.

Some scientists argue that we shouldn’t even be considering geoengineering as the conversations might reduce pressure on nations or industries to stem their greenhouse gas emissions — essentially, by introducing a Plan B, we could be making Plan A seem less vital.

But given the seriousness of our climate situation, we need to be studying every Plan B we can think of in case we don’t meet our emissions goals and our worst predictions about climate change come to fruition.

If the US’s best scientific minds determine that geoengineering would make the situation worse, we’ll know not to take the risk. But if they discover that one of these ideas could buy us valuable years or decades to focus on reducing our emissions, it could save millions, if not billions, of lives. 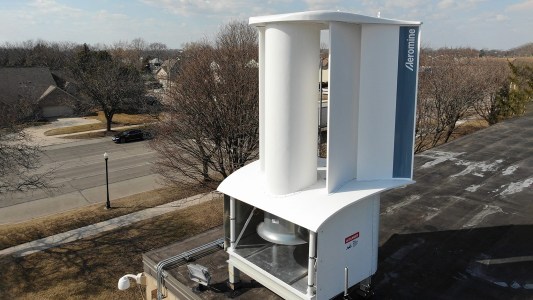