Skip to content
Sustainability
Want to save the planet? start with reinventing the motor

The switched reluctance motor is a climate tech breakthrough. Can it help us power a more sustainable future?

Watch on YouTube
In partnership with Turntide
Up Next
Now Playing
How ‘mental time travel’ can lead us to sustainability
4:36 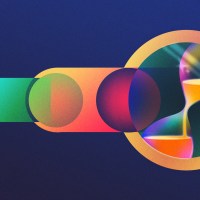 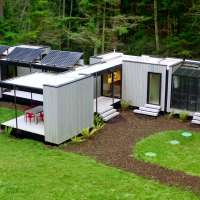 Motors are vital to our way of life, but they come with a harsh environmental impact. Now, a smart, electric alternative known as a switched reluctance motor could help us power a more sustainable future.

Motors power everything from air conditioners and refrigerators to cars, and much more. They’re responsible for approximately 47% of global energy consumption in commercial and residential buildings. In the U.S., EU, China, India, and Japan they account for nearly 70% of industrial electricity consumption.

The need for efficient and sustainable energy solutions continues to grow as our world sees the negative impact its lack of consideration for the environment has had. Theresa Pistochini, engineering manager at the UC Davis Western Cooling Efficiency Center, says that “increasing the energy efficiency of motors and buildings” is necessary to reversing climate change.

Turntide is a company focused on meeting this need with an electric, smart motor design that has the potential to reduce electricity consumption and carbon emissions by more than 25%.

While the idea of a switched reluctance motor has been around for quite some time, a lack of the necessary, advanced technology to pull them off has prevented these motors from gaining mainstream appeal.

This is done by applying a current to stator windings to create an electromagnet, and aligning the rotor with this electromagnet. While standard motors rely on induced current in rotor bars to produce torque and run, switched reluctance motors instead rely on this direct, and more efficient, energy conversion.

Until now, the level of precision necessary to design and build these motors properly has simply not existed. Ryan Morris, Turntide’s executive chairman, says, “What intrigued me at first was that this thing is actually the simplest mechanical electric motor that can be made, but you need electronics and software that are precisely shaping the current that go into that motor.”

Piyush Desai, the co-founder and vice president of motor design at Turntide, describes, “So what we need to do is switch the current on and off, with utmost precision, creating a ‘spinning electromagnet,’ and the rotor tries to catch up and spin to align itself there. We have to switch the current on and off really fast – 20,000 times a second. The computing power, software, and sophistication required to do that made it, quite simply, impossible until now.”

Forces from a magnetic field on the rotor’s iron, like the ones created by the electromagnet, can be up to 10 times stronger than those created by current carrying conductors. This means that these motors have the potential to be much more affordable than standard motors.

Because of the simplified design that electrical energy affords the motor, and the fewer parts required for it, estimates show that switched reluctance motors could cost up to 11% less than standard motors.

Saving the Planet and Money

Turntide has seen a significant amount of support over the past several years. They managed to fundraise over $70 million since 2014, including $25 million in their most recent financing round. The latest round included a first-time investment from BMW i Ventures.

Their partner, Greg Smithies, explains why the investment was such an easy decision, “BMW i Ventures decided to invest in Turntide because this company is about as close to a no-brainer as we’ve ever seen in the sustainability space.”

He continues, “We are installing Turntide’s motors in our Spartanburg plants in order to drive efficiency and significantly reduce the cost of electricity… BMW, on a whole, spends 350 million euros on electricity every single year – you get an idea of the scale of the opportunity we have here.”

Turntide’s switched reluctance motor has the ability to save manufacturers like BMW millions of dollars and, more importantly, significantly minimize their carbon emissions. The company hopes to scale their model globally and in doing so, slash energy consumption in half.

Their model can replace motors of all sizes and is applicable in a variety of industries, but Turntide is focusing first on introducing it into buildings and agriculture. Their ambitious roadmap involves applying the technology in everything from aerospace to appliances.

Standard HVAC systems, for example, operate on essentially a single-speed system. Using a switched reluctance motor would allow them to function with complete variable speed control, running the motor at any speed while maintaining high efficiency and saving tremendous amounts of money.

Turntide’s model has the potential to become the world’s most efficient electric motor. Morris explains, “Replacing the motors, just in (U.S.) buildings, would be the carbon equivalent of giving the world a brand new Amazon rainforest. And if you branch out to the entire world’s impact, it’s about the equivalent of adding seven Amazon rainforests of carbon impact.”

The motor is long overdue for an upgrade. If this modern solution to the dangerous ecological side effects that we’ve seen from standard motors becomes mainstream, it could forever change the way we power our world.