Terabase Energy, a company looking to make massive solar farms economically viable, has received a co-sign from Bill Gates in the form of a cash infusion from Gates’ Breakthrough Energy Ventures, a venture capital firm that focuses on climate change solutions.

The move marks what may be the next step in ratcheting up capacity and building towards utility-scale solar farms that can add terawatts worth of solar power to the grid.

“This investment is validation of our vision for rapidly deploying solar at the Terawatt scale,” Matt Campbell, co-founder and CEO of Terabase Energy, said in a statement.

“It took fifty years for the world to build the first Terawatt (one million Megawatts) of solar, but we need at least 50 additional Terawatts built as quickly as possible to meet global decarbonization targets,” Campbell described the challenge.

The good news is that the cost of solar panels and other photovoltaic tech has massively declined over the last couple decades. But this means that the greatest barrier to building utility-scale solar farms will soon be fixed costs like land, labor, other construction materials, and permits — things that cheaper, more efficient solar panels are not going to fix.

“In recent years, the solar industry has been focused on technological improvements of solar panels and other hardware components while the means and methods of engineering and construction have been largely unchanged,” Breakthrough Energy Ventures’ Carmichael Roberts said in the statement.

But how the industry designs and builds solar farms needs to change if we are to build quickly and cheaply enough for utility-scale solar power to help us hit our climate goals, Roberts said.

In Terabase’s pop-up factories, set up in the middle of the work site, roughly 100 lb. solar panels are attached to solar trackers by robotic arms.

“To enable the Terawatt-scale deployment of solar needed to decarbonize, we believe a breakthrough is needed to transform how PV power plants are built.”

Terabase’s answer is to automate the construction and installation of solar farms via robotics.

“The solar industry has come a long way, but the process by which projects are designed is largely manual,” Campbell told Bloomberg; Terabase instead automates the entire process.

The company recently deployed its robotic system, called Terafab, for the first time, according to a post on Campbell’s LinkedIn. That first project installed 10 megawatts of capacity, Interesting Engineering reported, for a client that Terabase tells Freethink they cannot yet announce.

According to Bloomberg, the Terafab is a pop-up factory which is set up in the middle of the work site and can be run 24/7. At 20-second intervals, panels that weigh almost 100 pounds are attached to solar trackers by robotic arms. Unique vehicles then deliver the panels to their proper place on the site. While these vehicles are not yet automated, Terabase is developing autonomous models, Bloomberg reported.

In addition to the economic and safety benefits of automation — keeping people from needing to handle those many heavy panels in often-brutal climes — Terabase’s technology may also help surmount another barrier: finding people willing to do difficult work in scorching-hot conditions.

“People don’t want those jobs, so we’ve got a bottleneck where it hurts our ability to deploy systems fast enough,” Roberts told Bloomberg. “What you need is a way of leveraging automation.”

Terabase’s new capital will be used to fully develop their planning software and Terafab for broader deployment in 2023, the company said.

“Our only hope to truly solve the climate crisis is to deploy clean technologies at a much larger scale to reach different areas of the economy than before,” Sheldon Kimber, CEO of Terabase customer Intersect Power, told Interesting Engineering. 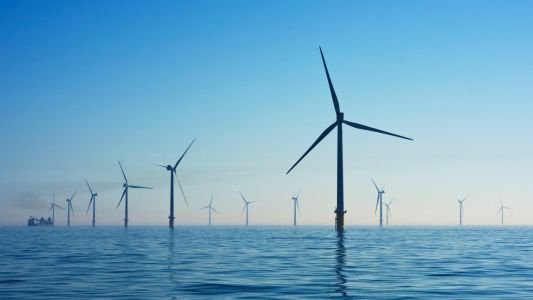 Wind power on land has seen remarkable growth in the U.S. over the last 15 years, including in Texas. Is offshore wind next?

Clean Energy
Next US energy boom could be wind power in the Gulf of Mexico
Subscribe to Freethink for more great stories
Subscription Center
Sections
Video
Freethink
Subscribe
We focus on solutions: the smartest people, the biggest ideas, and the most ground breaking technology shaping our future.
Subscribe