While many of the world’s top virtual reality content creators are focused on next-level gaming, 8i co-founder Linc Gasking wants to capture real life in hologram form. From visiting with family across the country in the comfort of your living room, to reliving your favorite memories, and even experiencing things you can’t actually afford, 8i wants to merge virtual reality and the real thing.

Behind the big vision is a lot of daily hard work. Here are Linc’s insights on launching the next big startup.

On what every startup founder should be shooting for

In a startup, you usually have somebody with a problem. For me the problem was that I wanted to create realistic humans in virtual reality, and I wanted to tell stories, but the tools didn’t exist. So the first step was to really track down a solution, and that took about a year. Eugene d’Eon, my co-founder, came up with a way to make someone be really realistic in a three dimensional and scalable way. Which is what you want with a startup — to have a way to scale something and be able to grow. You also want to do your thing in a cheaper, faster, better way. Our solution enabled us to do virtual reality faster, more cheaply, and in a scalable way.

On marathoning versus sprinting

I’ve been a part of many startups, but there’s something interesting that happens when you tap into something like what we have here. Which is that even on the very first day there was something different in the air, and things were happening at a much faster rate than just normal life. There was some sort of transformation going on. And you could just tell from day one that this was different. We’re now two years in, and it hasn’t stopped. It’s actually got faster.

But it’s still really important to think of it as a marathon, and not as a sprint. You need to keep up while still prioritizing, especially when hiring new people.

On using the grueling demo circuit to re-energize your team

We’re two years in and there’s a lot of roadshows going on. We’re always carrying a briefcase, or a massive road case, around the world, giving thousands of demonstrations. And you might wonder, how do we not get exhausted? But it actually invigorates us, because we’re often showing virtual reality to people for the first time. There’s this really amazing moment when they come out and something has obviously changed in them. Their minds are in a different space. Some people have to just sit down for five or ten minutes, and kind of re-align themselves with reality. Some people say they don’t want to leave. Affecting people at that level, and in a good way, is incredibly energizing.

On being apart of something special

As an entrepreneur you get very few opportunities in life to be part of a change in technology, because it’s not very often that a new medium comes along. The last time we had one was about 100 years ago. And so it just feels like a great honor to be part of this movement that’s happening. And we’re actually only one part of a massive ecosystem that’s growing. The hardware manufacturers, the content creators, the distributors. All of these people are all playing a part in this community that’s building up.

On the potential of VR

We’re going to be able to visit Mt. Everest before breakfast with our friends, and attend the most amazing concerts in the evening from our living rooms. Essentially, we’re finding a way to separate scarcity from experience. That means we’re going to have all of these choices around us, and be able to have incredible peak experiences constantly. Is that going to change our perception of time? Because if we’re constantly having these real peak experiences that in the past we’ve only had every couple of years, is that going to make aging feel faster or slower? 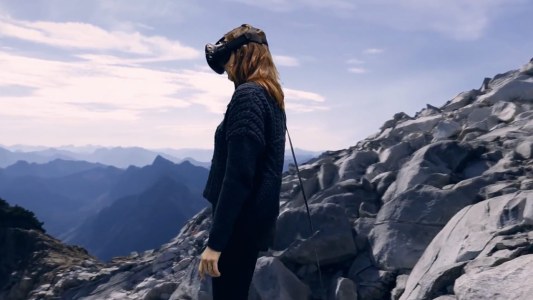 8i takes video and converts it into virtual realities that are nearly indistinguishable from real life.