In an episode of Challengers, we profiled Flexport, the startup that wants to use tech to make global trade available to everyone. They know their vision is ambitious, but if they succeed, it could change the world. Here’s Flexport’s founder, Ryan Petersen, on how they think they can pull it off.

The human brain has this very strong unconscious bias against solving the hard problems that we see every day. You don’t even acknowledge it as a problem. Your brain won’t let you go there and so almost anyone who’s ever imported a product has looked at this process and said, “This is a nightmare,” but very few of them set out to fix it.

I don’t think my brain is wired that differently than other peoples’, but at a certain point I had stared at this freight-forwarding problem for so long, that I started to ask the questions nobody wants to think about. Why is this so hard? Why am I having to fax this document to this person in China right now? Eventually I just had enough.

I think our organizational model, where we really empower people, has been a key part of answering those questions. We give people a lot of freedom to come up with their own ideas and execute them. Don’t wait for permission, but go ahead and try new things. The flip side of that, though, is that you really need to have a culture where making a mistake is okay. Where, if you  tried something and it didn’t work, we’ll pat you on the back and congratulate you for trying.

The biggest challenge that we face at Flexport is how do you scale to become a big company without becoming a big bureaucracy. I look at large organizations and I’m appalled at the way people in those organizations behave and the way they treat their customers. As we dove deeper into that, we realized that the number one determinant of a good customer service experience is whether the person on the other end of the phone is empowered to solve the problem. And we wanted to create an organization model that would empower people to solve their customers’ problems.

There’s a huge role for software to play in automating the transactions of global trade, in providing a communication platform, and in giving people structured data to make better decisions in their supply chain, but we don’t think that software alone can solve the problem. There’s a real need for people and human expertise in regulatory compliance, building relationships, and smoothing over problems when they inevitably arise. And so our solution at Flexport has always been a combination of software and human expertise.

On the one big thing people get wrong about startups

There’s this notion that if you if you have a great product, everything else will just happen automatically. The truth is often that the great product comes later. First you come up with an idea, then you find the customers. The growth of the customer base can actually can drive the product.

A lot of times people have that flipped on its head. They go from good idea to great product and think everything will fall into place. But you need a really good sales process early on. You have to identify customers who would benefit from your product. Once you have those customers and start growing, then you’ll get the permission from the world–whether it’s attracting talent or investors–to go and make the product what it should be.

When I started Flexport, I was only going to do it if I could be my authentic self at work and not have a different personality I left at home. I try to be one person and enjoy my life.

I love what we’re doing. I’m learning more everyday than I ever learned in school or in any other business I’ve worked in so I can’t ask for anything more.

I do think that success compounds to a degree, so because you’re successful, you attract more talent and because you have more talent, you become more successful, but it’s still a very, very hard thing to get a business going. To those looking from the outside, it looks like everything happens automatically. It’s actually really challenging. 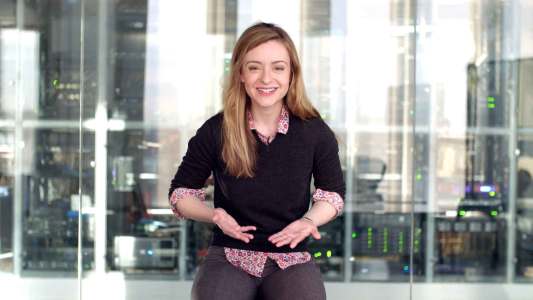 Entrepreneurs
Leslie Dewan on learning from failure
1:13
Subscribe to Freethink for more great stories
Subscription Center
Sections
Video
Freethink
Subscribe
We focus on solutions: the smartest people, the biggest ideas, and the most ground breaking technology shaping our future.
Subscribe