Climate technology is in again. As world leaders gather in Glasgow this week for COP26, a common refrain is emerging: policy and pledges alone aren’t going to get us to net zero by 2050. We need more innovation. And fast.

Policy shmolicy: This year’s UN climate conference has so far proven to be no different than the other 25 summits that have been held in the past: policymakers make voluntary pledges to cut carbon emissions to prevent rising global temperatures.

However, there’s no way to hold the pledge-makers accountable, so these summits tend to be mostly hot (warm?) air. Six years after the major Paris climate agreement, the world isn’t anywhere close to achieving the accord’s goal of limiting global warming to below 2° C this century. (To have a shot of reaching that goal, we’d need to hit net zero by 2050).

Climate change is complex so there’s not going to be one technology that solves it — we’ll need to develop and deploy a range of technologies.

But a new report shows that even if countries simply fulfilled their current climate pledges, we’ll still see at least a 2.7° C rise this century. This could still cause an increase in extreme and deadly weather events like rising sea levels and heatwaves.

Many solutions: Solving climate change is incredibly difficult: to decarbonize the world’s economy, we need to rethink how every industry generates energy. Agriculture, manufacturing, shipping, construction, fashion — all of these industries will need to modernize their equipment to use energy more sustainably. This takes time and billions of dollars. Meanwhile, the industries still need to make a profit.

Given the complexity of the problem, there’s likely not going to be one technology that solves climate change; instead, we’ll need to develop and deploy a range of technologies.

Bring in the tech: To achieve net zero by 2050, it’s estimated that 65% of emissions reductions can be achieved by existing technologies and policy changes. The other 35% will need to come from new technologies.

Varun Sivaram, a senior advisor to John Kerry, told MIT Tech Review that the most important role the U.S. can play in leading global emissions reduction is to develop cheaper, better low-carbon technologies.

“The number one tool the U.S. has to speed the energy transition around the world is innovation,” he said. By funding R&D efforts, he notes, the U.S. could make it easier for other countries — especially emerging countries — to decarbonize.

Rise of the green economy: The good news is that a green energy economy is emerging — and VCs have noticed. According to the Morning Brew, in 2021 over $30 billion has already been poured into climate technology startups, up 30% from last year.

Another fast growing area is built-environment companies, said Telle. This includes building construction and operations, which are responsible for about 39% of global emissions.

Over $30 billion has already been poured into climate technology this year, up 30% from last year.

Deja vu: From 2006 to 2011, we also saw a  “clean tech” boom that ended up being a disastrous bust — more than 90% of the cleantech startups funded during this time did not return the money invested in them. (Hey, Solyndra!)

However, this time appears to be different. One major reason is that renewable energy is now price-competitive with fossil fuels. That wasn’t the case in 2009, when solar power was over four times more expensive than fossil fuels. The price has fallen fast and is expected to get even cheaper. This has made a global transition to clean energy systems possible.

Another reason is that most of today’s climate technology startups are powered by software and machine learning. That means today’s startups are more likely to scale, compared to yesterday’s technology which leaned heavily on hard assets.

“Investors were scared after what happened with Clean Tech 1.0, but it’s different this time. Back then everything was focused on really R&D-heavy technologies in clean energy. This time it’s about decarbonizing the entire economy,” Telle told Morning Brew.

“Something that is relevant for every single sector. And it’s the only way forward.”

Climate Crisis
These ancient trees survived a wildfire because of fire
The survival of an ancient grove of trees in Yosemite may be a powerful case study for controlled burns.
Up Next 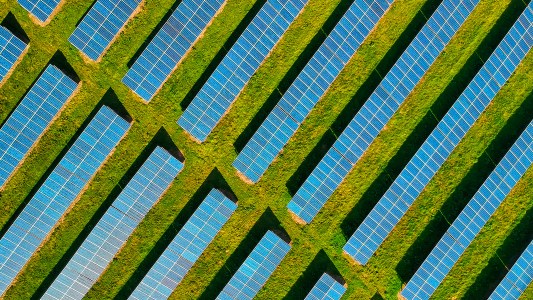 Bottlenecks in the production of silicon thwart solar panel manufacturing. Some companies are turning to perovskite instead.

Clean Energy
Solar energy is about to get a whole lot cheaper
Subscribe to Freethink for more great stories
Subscription Center
Challenges
Video
Freethink
Subscribe
We focus on solutions: the smartest people, the biggest ideas, and the most ground breaking technology shaping our future.
Subscribe