California’s 163rd Attack Wing uses drone surveillance footage to create fire maps, reviewing the footage in a process which can take anywhere from three to six hours; that’s not too long, but it’s more than long enough for a wildfire (say, a fire in the Sierra National Forest, spreading at a blistering pace of 15 miles a day) to change course.

But machine learning algorithms can scan the footage to create fire maps within 30 minutes or less, like a highest stakes Domino’s delivery, closing the delta between the speeds of surveillance and conflagration.

Fighting Fires from the Sky

The 163rd has been mapping wildfires for three years. (The MQ-9s can operate in domestic airspace thanks to special permission from the Pentagon, according to WIRED.) From above, the drones can gather footage which can aid in the creation of fire maps.

CAL FIRE, the state’s wildfire agency, has traditionally updated their fire maps overnight, drawing on observations from spotters and firefighters. But a fire that can spread 15 miles in one day cannot be mapped just daily; incorrect fire maps can put people and equipment at risk.

Thus trained, they can turn the Reaper’s infrared cameras loose to find and map the fires, with admirable accuracy — per WIRED, the drones can capture a resolution of 90 feet; not bad, considering they’re cruising at about 20,000 feet.

The Future of Fire

The program is currently being tested for a possible wider rollout next fall, but it has already had its baptism by fire: CAL FIRE used the machine-made fire maps to fight the Creek Fire.

But there’s still a practical concern of ensuring that the maps are accurate enough to stake people’s lives on.

Wildfires seem poised to continue raging with ever more ferocity. In 2020, despite the efforts of 16,000 firefighters, fires in California have scorched 3.9 million acres — almost 4% of all land in the state — consuming over 4,000 structures and killing 24 people.

Exacerbated by climate change and bad policy, these fires are spurring new advances in ways to map, track, predict, and fight them — important developments if we hope to tame the Wildfire West. 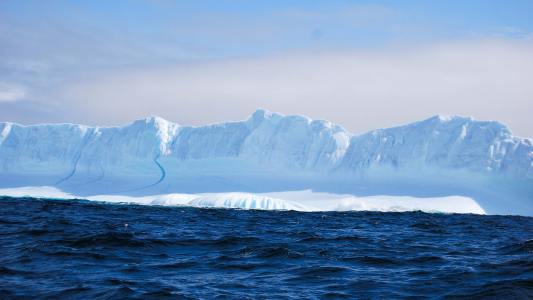