Some animals can’t take the heat.

As the planet warms, many species are under threat of becoming endangered or even extinct, as habitats shrink or shift.

There is a possible solution: help the animals pack up their bags and move to more hospitable parts of the world. But helping animals migrate is a complicated and fraught task, affecting not just the movers but also humans and ecosystems at their destinations.

Now, some scientists want to lay the ground rules for animal climate migrants, before they become refugees.

Small change, big problem: The days of “climate change” being a future worry are gone. It is happening, and the animals are taking notice.

Planet Earth has warmed by 2.14 F (about 1.2 C) since the 19th century, with most of the warming occurring in the last 40 years. Even that seemingly small temperature change has caused an upset. Animals in the Arctic, such as reindeer and golden eagles, are migrating sooner. Longer growing seasons led to bigger shrubs, which have attracted more moose to the Arctic. Malarial mosquitoes have crept up mountain slopes in Columbia and Ethiopia.

Some animals can’t migrate on their own. They are trapped by insurmountable walls, like mountains, rivers, or even densely populated cities. But what if people could help?

But some animals can’t migrate on their own. They are trapped by insurmountable walls, like mountains, rivers, or even densely populated cities. And, as temperatures rise, if they can’t escape to a better environment, many could die.

But what if people could help? Humans could carry animals over mountains, sail them across rivers, or fly them to more suitable conditions.

The debate: The idea of “assisted colonization” has long been debated.

On the one hand, we’ve been rehoming animals — on purpose and unintentionally — for centuries. In the 1980s, we introduced the lionfish to the western Atlantic, purportedly because pet-owners emptied their aquariums into the ocean. Around the same time, we brought the Harlequin ladybird beetle from Asia to North America to control aphids feeding on crops. Without adequate predators or competitors, the species multiplied and settled into their new homes in both cases.

But, on the other hand, this can be problematic. For example, without predators in the Caribbean, the invasive lionfish devastated coral reef fish.

Many conservation scientists argue that it is too risky to introduce species into locations where they haven’t previously been. Research shows it only works half the time, despite success stories — like the two-decade effort to relocate the songbird Mauritius fody to a new island. And it may be impossible to anticipate whether they will survive and if they would represent a threat to the local species.

But whether the risks of relocating threatened animals to more suitable environments outweigh the risk of doing nothing is hotly debated. Some scientists argue that leaving animals to deal with climate change where they are now is no more natural than intervening.

“As a species, and as a planet, we are doing this incredibly massive experiment: what happens when we pump hundreds of millions of years of fossil fuel carbon into the air all at once? And at the same time, destroy half of the natural habitats on earth? What happens? Well, we’re gonna find out,” Jedediah Brodie, a conservation ecologist with the University of Montana told Freethink.

“This anti-interventionist idea seems crazy, because we’re already intervening on a huge scale. The idea that we can be intervening on this huge scale, but not doing any intervention to try to actually protect some of the biodiversity —  it’s kind of unfathomable to me.”

The pressure is on: Brodie and a team of conservation scientists published a paper in the journal Science pressing for action. They say that now is the time for conservationists worldwide to create a universal framework to help weigh the benefits and risks of assisted colonization proposals — helping move assisted colonization from theory to practice. They’ve called on members of COP-15, held in October, to take action.

“This anti-interventionist idea seems crazy, because we’re already intervening on a huge scale.”

Brodie became interested in assisted colonization last summer in the island nation of Palau. He thought that the seed-dispersing animals, like bats and pigeons, wouldn’t be able to carry the seeds from threatened local plants to the mainland if the island becomes inhospitable, reports Yale e360. So, certain species of plants like mangosteen, native only to the islands, are effectively trapped.

“Those species aren’t going to have anywhere to go when climate change makes Palau uninhabitable — because of either changing temperature, precipitation, or because of sea-level rise just drowning habitat. So if we want to keep those species on Earth, we have to move some of them somehow,” he said.

But the problem is facing local species and habitats all over the globe, and a project of that scale seemed insurmountable — hence the call for an international framework.

Getting to action? Those conversations didn’t happen at the COP-15 meeting, but the team isn’t giving up.

“We are hoping to get the CVD [Convention on Biological Diversity] to agree to a taskforce of experts, probably in conjunction with other groups like the IUCN, to start thinking about the international policy related to this issue,” Brodie says. “We’re not saying this should be done all over the place all the time. We’re saying there needs to be a policy framework to think about these on a case-by-case basis.”

Yet despite the call to get everyone on the same page, the debate continues to rage. In response to the paper in Science, biologists Anthony Ricciardi and Daniel Simberloff write that Brodie and colleagues “fail to acknowledge the difficulties in predicting the impact of invasions.”

In other words, releasing endangered species into new environments could do more harm to local ecosystems than it does good for migrants, and we won’t realize it until the cat (or other species) is out of the bag.

Yet Brodie’s team fires back: “Assisted colonization is going to be used and has been used,” they write. “Maintaining a policy void will not stop people from taking action. Well-constructed policy guidance would assist conservationists and governments in making informed decisions.” 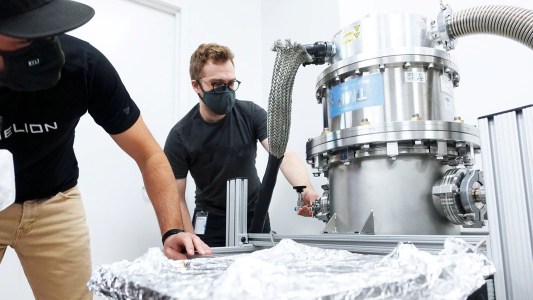 Energy startup Helion claims it will generate electricity from a nuclear fusion device by 2024 — a milestone that could transform the world.

Clean Energy
Nuclear fusion would change the world. Has its time arrived?
Subscribe to Freethink for more great stories
Subscription Center
Challenges
Video
Freethink
Subscribe
We focus on solutions: the smartest people, the biggest ideas, and the most ground breaking technology shaping our future.
Subscribe