In an effort to clean up the freight industry, shipping giant Maersk is launching a new company that promises to cut air pollution and carbon emissions generated by vessels idling offshore.

The company is building offshore charging buoys to provide electricity to ships moored overnight. The first device is set to launch this year near an offshore wind farm.

The problem: Shipping is notoriously dirty. It contributes 2.2% of annual greenhouse gasses worldwide — that may not sound like much, but the industry would rank alongside Germany as the sixth largest CO2 emitter globally.

“The mission is to remove 5.5 million tons of CO2 within five years of commercial rollout.”

Most big ships run on heavy fuel oil called “bunker fuel,” which is cheap and powerful but extremely dirty. Once in port, they often have to keep burning fuel, even while at anchor, to maintain systems like water pumps, air conditioning, gauges, communications, and winches.

This causes significant air pollution around port cities — not just carbon dioxide, but also chemicals harmful to human health, such as nitrogen oxides (NOx), sulfur dioxide (SO2), and particulate matter (PM2.5). These may increase the risk of cancer, heart disease, and respiratory diseases, particularly for dock workers.

Buoy to the rescue: With Maersk’s new project, they hope to curb some of these offshore emissions by replacing dirty fossil fuels with cleaner electricity. Ships on standby can moor to the charging buoy and repower their battery bank with clean energy, reports New Atlas.

The company claims the first edition buoys are large enough to charge a battery on a service operation vessel (SOV, a kind of ship that maintains offshore wind farms). Future versions will be larger.

Steen S Karstensen, CEO of Maersk Supply Service, told gCaptian, “By investing in this ocean cleantech space at an early stage, we can help lead the green transition of the maritime industry.”

The nitty-gritty: Maersk has partnered with Ørsted, a Danish multinational energy company, to build what they say is the world’s first full-scale offshore charging station. Their buoys will be paired with a wind farm in the North Sea, between the U.K. and Denmark. They named the spinoff company Stillstrom, meaning “quiet power” in Danish.

“Our vision at Stillstrom is to enable maritime decarbonisation, by providing the infrastructure that will allow vessels to charge from clean energy when idle offshore. The mission is to remove 5.5 million tons of CO2 within five years of commercial rollout, additionally eliminating particulate matter, NOx and SOx,” said Maersk’s Sebastian Klasterer Toft, reports ESIAfrica.

Ørsted will lead the company’s grid integration. And the power buoy will provide electricity to one of Ørsted’s Service Operations Vessels, which service the North Sea wind farm, during overnight layovers.

Those ships are much smaller than the largest supertankers and container ships seen in most port cities. But ultimately, the venture aims to be able to power vessels of any size, helping eliminate emissions and air pollution from ships near shore. 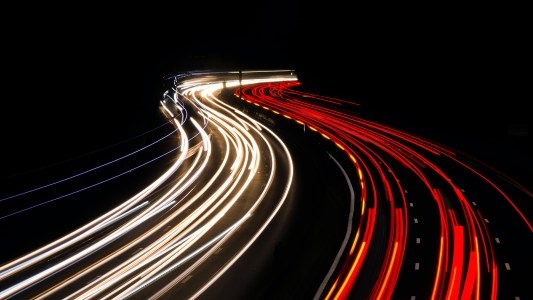 Researchers have developed a battery membrane made of recycled Kevlar fibers that may potentially double the range of electric vehicles and last 1,000 cycles.