In an episode of our series Challengers, we introduced you to Transatomic. The nuclear startup, headed by Dr. Leslie Dewan, has a plan, a team, and VC backers. But even compared to the other startups we’ve profiling for this series, Transatomic faces some particularly high hurdles. The biggest of which is a multi-decade decline in the popularity of nuclear power.

The reasons for nuclear’s spot on the back burner often get over-simplified. The meltdowns at Chernobyl and Three Mile Island obviously had something to do with a change in public sentiment, but it’s actually more complicated than that. Here’s a more nuanced list of reasons why building a next-generation of nuclear power plants is an uphill climb.

“More than safety or waste issues, cost is nuclear’s Achilles’ heel,” writes Brad Plumer, who covers energy for Vox, in an excellent primer on America’s conflicted relationship with nuclear power. “Modern-day reactors have become jarringly expensive to build, going for $5 billion to $10 billion a pop.” That’s probably going to be true for the nuclear reactors of the future, too — at least in the U.S., where overlapping regulations have upped the cost of doing business.

The big question for nuclear power is whether it can be competitive without massive subsidies.

And at a time when so many other forms of energy are so much cheaper, the big question for nuclear power is whether it can be competitive without massive subsidies. A report from Third Way, suggests that there is private funding for nuclear — roughly $1.3 billion worth as of 2015. Whether private capital can provide all of the funding necessary to build an advanced nuclear reactor isn’t clear.

TerraPower, a nuclear startup co-founded and chaired by Microsoft’s Bill Gates, will need roughly $5 billion to build a prototype traveling wave reactor. So they’ve decided their  first plant won’t be in the U.S., but China, where the government is pursuing nuclear power with more gusto (and subsidies) than any other country on the planet.

2) Fossil fuels are cheap, and wind and solar are getting less expensive

Nuclear has two big selling points: it’s environmentally friendly, and it can produce power on a larger scale than any other energy source. But as we discussed above, it’s not cheap to build a plant, and it also takes a while. According to the Nuclear Energy Agency, “it is typically expected to take 5 to 7 years to build a large nuclear unit (not including the time required for planning and licensing).” That’s a longer build time than even big coal plants (four years) and natural gas plants (three years).

And while solar and wind can’t produce energy at anywhere near the level of nuclear (or even coal and gas), the cost of each technology has decreased by 80 percent and 60 percent respectively since 2009, according to the financial firm Lazard.

In a 2015 report comparing costs between conventional and alternative energy models, Lazard found that wind and utility-scale solar are “cost-competitive with conventional generation technologies in some scenarios, despite large decreases in the cost of natural gas.” The construction times are also much shorter: Nine months for several utility-scale solar options, 12 month for wind turbines.

Solar and wind are still just in the supplementary energy stage. Until there’s an affordable way to store the energy they produce, they work only when it’s sunny or windy out. Or as Austin Energy’s Khalil Shalabi told The New York Times in 2014: “Renewables had two issues: One, they were too expensive, and they weren’t dispatchable. They’re not too expensive anymore.”

Cheap natural gas and increasingly cheaper renewables are dissolving the sense of urgency that nuclear arguably needs to succeed.

Energy policy doesn’t get made in a vacuum. Consumers have to want it and investors and energy workers have to fight to protect and expand their markets. Even the media plays a role. The prevalence of coal plants, for instance, is driven in part by its availability and affordability, but also by workers in coal country and consumer demand for cheap utility bills. Renewables are gaining in popularity and falling in price because subsidies drive adoption, which lures private investment, which funds more R&D, which increases the appeal for consumers.

Essentially, a constellation of actors — from regular folks to investors to government officials to people in the energy industry — have traditionally been necessary for an energy model to be successful. And nuclear just doesn’t get that kind of attention here in the U.S.

A 2015 survey from the Nuclear Energy Institute found that 70 percent of Americans don’t know nuclear power plants produce more clean energy than any other alternative energy source; nearly 60 percent of Americans are “fence-sitters” when it comes to whether the U.S. should use more nuclear energy; and that only 11 percent feel “very informed” about nuclear power. Combine that data with the fact that there are only 61 operational nuclear power plants in the U.S. — compared to over 400 coal plants, more than 1,000 petroleum plants, and nearly 2,000 natural gas plants — and it’s little wonder that Americans aren’t clamoring for more nuclear power. It’s just not on their radar.

Paradoxically, the U.S. produces more nuclear power than any other country, but only 19% of our total power comes from those plants; whereas 13 countries with fewer nuclear power plants get more than 25 percent of their power from them.

Transportation
Electric car supplies are running out
People who aspire to own a brand new electric vehicle will struggle to move forward. Will this also slow down the journey to net-zero?

Food
Real cheese without the cow
Biotech startup Formo uses genetically modified microorganisms to produce a completely lab-grown milk that can be made into cheese.
Up Next 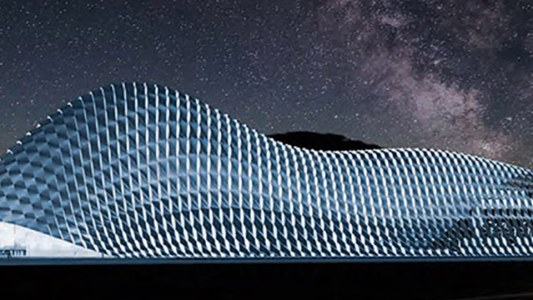 Leslie Dewan and her team at Transatomic believe they’ve figured out a safe, scalable, cost-effective way to power…

Sustainability
Can this startup power the world with nuclear?
Subscribe to Freethink for more great stories
Subscription Center
Challenges
Video
Freethink
Subscribe
We focus on solutions: the smartest people, the biggest ideas, and the most ground breaking technology shaping our future.
Subscribe