The U.N. is using an AI tool designed for market research to survey people in war zones, giving them a way to make their voices heard by political leaders during peacekeeping operations.

The challenge: One of the goals of the U.N. is to maintain peace, either by helping mediate conflicts or by deploying international peacekeeping troops to protect civilians, maintain order, and provide essential services in war zones and failed states.

That’s the theory, anyway. In reality, U.N. peacekeeping missions have often been criticized for being ineffective and unaccountable to the local people they are supposed to protect.

To try to address these problems, the U.N. occasionally conducts nationwide surveys during peacekeeping operations, in person or via phone, to get input from civilians on their most pressing concerns.

Those surveys are slow and expensive, and because they can take months to complete, the input is sometimes outdated or too late to inform crucial decisions.

The platform: In January 2020, the U.N. launched the Innovation Cell, a team focused on identifying and piloting new technologies and methods for peacekeeping. That group connected with New York-based software company Remesh.

Remesh has developed a web platform that uses AI to facilitate live conversations between as many as 1,000 people at a time. As people answer polls and open-ended questions on the platform, the AI analyzes the responses, using them to inform follow-up questions.

AI tool for peacekeeping: The typical use for the Remesh platform is market research — rather than manually designing questionnaires and analyzing responses, companies can let the Remesh AI generate quick insights for them.

But the U.N. thought the platform could be useful for surveying people in conflict zones, too, so it used Remesh to “converse” with people in Yemen in the summer of 2020 and then people in Libya in the fall.

Survey says: To participate in the Remesh sessions, all people had to do was visit a web link. They could then answer poll questions and share their feelings about the ongoing conflicts in their nations.

The U.N. shared insights from the AI tool with political leaders in real-time, who could respond directly on live television or simply use the information to guide their decisions during the peacekeeping process.

The AI tool is already being considered for peacekeeping operations in other nations.

The cold water: An AI tool like Remesh limits the number of people who can participate in surveys to just those with internet access. In Libya and Yemen, that’s less than 25% of people, and those without internet access are often in the worst situations.

In-person and telephone surveys might be more expensive and take longer, but they can also reach people that internet-based surveys can’t.

Still, while Remesh might not supplant traditional surveys entirely, the U.N. sees value in the AI tool — it’s already considering ways to use it to help with peacekeeping operations in Sudan, Mali, Afghanistan, and Iraq.

The challenge of international peacekeeping is immense, and so is the challenge of making it effective and accountable, but this tool may be one way to provide a voice to the voiceless.

Healthcare
This wristband tells you what food to buy based on your DNA
By analyzing genetic code determining susceptibility to health conditions like diabetes, it tells you which foods are best for you. 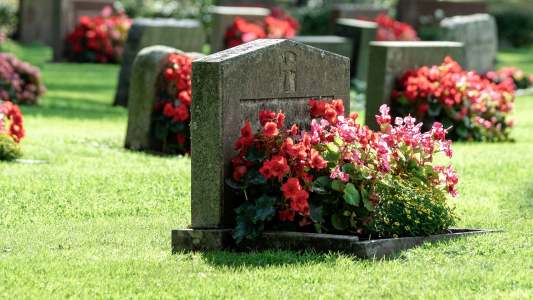 Startups
App helps families know what to do when someone dies
Subscribe to Freethink for more great stories
Subscription Center
Sections
Video
Freethink
Subscribe
We focus on solutions: the smartest people, the biggest ideas, and the most ground breaking technology shaping our future.
Subscribe