I’m not the only one who resents the harsh beating of the sun, the oppressiveness of which always has me ready to crack come August. Roads, too, suffer from UV rays.

Researchers at Australia’s Royal Melbourne Institute of Technology (RMIT) have discovered that crumb rubber from recycled tyres — oh, sorry, tires — can serve as street “sunscreen” for the formidable antipodean sun, while also holding up to traffic.

“We found that the ageing trend is actually slowed down when you add crumb rubber, which is recycled from scrap tyres, into the top layer of a road,” lead researcher Filippo Giustozzi said — surviving for twice as long as traditional bitumen in their study.

The refuse has been banned from being shipped out of the country since December 2020. And in 2021, only around 70% of the roughly 450,000 tons of dead tires cast off that year were recycled or reprocessed, according to Lina Goodman, the CEO of Tyre Stewardship Australia, which supported the research.

Rubber to the road: The impact of UV degradation on roads and how to curb it is not very well understood, Giustozzi said, “as nobody has really been looking at this aspect.”

And unlike other forms of outdoor infrastructure, like playgrounds and furniture, roads are not currently designed with UV protection in mind.

Road degradation is no trivial budget line, either; according to the National Transport Commision, Australia spent roughly $2.9 billion on road maintenance in 2019-2020 alone.

For their study, published in the Journal of Cleaner Production, the researchers used a UV machine to simulate the outdoor environment in the lab.

They blasted various bitumen compositions with crumb rubber concentrations ranging from 7.5% to 22.5% for a month with the machine — equivalent to a year’s worth of UV rays in Melbourne— and measured the chemical and mechanical properties of the various material mixes.

The researchers discovered that mixed in crumb rubber from recycled tires can serve as street “sunscreen,” protecting against UV rays while also holding up to traffic.

“You don’t want something that is UV resistant but not truck resistant,” Giustozzi said. “We found adding between 18% and 22% of crumb rubber generates an ideal balance in terms of improving rut and fatigue resistance to traffic loads, while resisting UV ageing.”

Picking up the crumbs: In addition to UV protection and a further use for end-of-life tires, crumb rubber is already used in other products — if you’ve ever been on an artificial turf field and seen those little black balls, you’ve been on crumb rubber.

Crumb rubber may also make concrete stronger and more heat-resistant, New Atlas reported. But while crumb rubber and other recyclable raw materials are finding their way into roads, the UV benefits hadn’t been clear, Giustozzi said.

“We hope this research will change that and open new opportunities.” 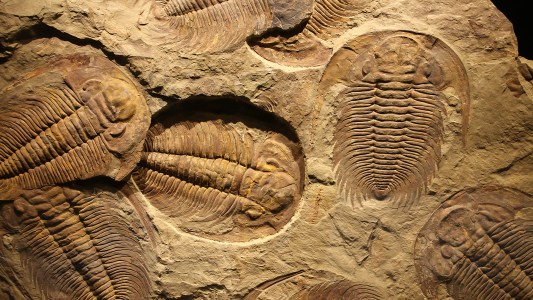 Inspired by the ancient compound eyes of the trilobite, researchers have created a record-breaking camera with a depth of field of just over a mile.