A tiny strand of DNA has an amazing ability to store some pretty big data. In fact, researchers estimate that all of the world’s digital data could fit into just 20 grams (a little more than a tablespoon) of DNA.

Every time we do anything on the internet, such as upload a photo or send an email, we generate data — which means we generate a lot of data. Most of our data is stored in the “cloud” — which really just means massive data centers around the world.

However, these centers take up a lot of space, are costly to maintain, and account for nearly 2% of U.S. energy consumption. Plus, we’re going to keep generating more and more.) data, and existing centers won’t be able to store it all. We’ll either need to start discarding a bunch of potentially useful information, or we’ll need to think smaller and figure out how to store more information in less space.

Enter: DNA. With artificial DNA, a data storage facility as big as a football field could be compressed to the size of a sugar cube.

Information in DNA is consistently sequenced, synthesized, copied, and stored… just like the information on your phone or computer’s hard drive. However, when it comes to storage, DNA has some considerable advantages. Aside from being extremely dense, it’s also extremely durable: it can survive passively for millennia. We were able to decode information from the DNA found in the 5,300-year-old corpse of Otzi the Iceman.

That’s clearly not the case with silicon microchips or magnetic tape, which tend to degrade and need replacing every few years.

Information is stored in DNA through different combinations of four nucleotides (A, T, C, and G). This is similar to how digital data is currently stored — except for the fact that digital data uses a binary coding system of 0s and 1s. Researchers can create algorithms that allow the two systems to talk to each other. For example, you could say 00 is A, 01 is T, 10 is G, and 11 is C, etc.

What’s been stored so far

Last year, researchers announced that they had stored the English-version of Wikipedia (yes, all of it!) into a few strands of DNA.

This year, we’ve used DNA to store the Wizard of Oz and an episode of Biohackers (a Netflix series). There’ve also been other random works of art saved, too: War and Peace, Shakespeare sonnets, and an OK Go music video.

While you and I won’t be buying synthetic DNA hard drives, considerable efforts are underway to make this a viable storage system for those who need to store a bunch of important, but rarely accessed, archival data (i.e., governments and big corporations). Researchers expect that more consumer-friendly options are at least a decade away.

Challenges to retrieving the data

In order to retrieve the information, you’ll need a DNA sequencing machine (the same machines used for sequencing human genomes), and that’s one of the hurdles to making this a household technology. As CNET points out, one of the machines “would fit easily in your house if you first got rid of your refrigerator, oven and some counter space.”

Another hurdle is the time it takes to retrieve the information. Last year, it took 21 hours to retrieve the word “Hello” (roughly 5 bytes of data) from DNA. If we’re going to use DNA as a storage system, we’ll have to make it many orders of magnitude faster.

Right now, most DNA data systems use a method that involves drastically altering the temperature of the genetic material to read and write files. Over time, this method damages the DNA, and therefore loses data — and this is a huge reason why it’s more useful for storing archival data that rarely needs to be accessed. However, researchers in North Carolina have recently developed a new method that can read and write data onto DNA at room temperature without doing damage — a huge step in making DNA storage more practical.

Show me the money

This process is as expensive as it sounds. Today, you can store 12 megabytes of data in DNA for a mere $100,000. But like most things, as technology improves, that cost is expected to come down. Emily Leproust of Twist Bioscience, a leader in the synthetic biology field, told MIT’s Tech Review that, one day, the cost to store those 12 megabytes will be a few cents. 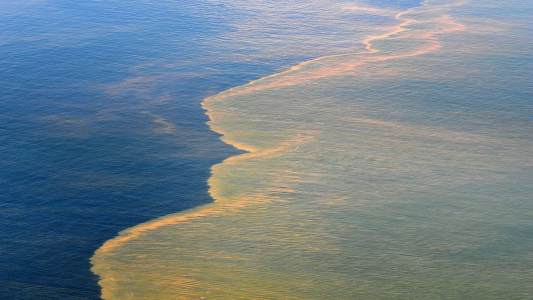 A new magnetic sponge makes the job of oil spill cleanup safer for the environment.

Oceans
This magnetic sponge may be the key to oil spill cleanup
Subscribe to Freethink for more great stories
Subscription Center
Sections
Video
Freethink
Subscribe
We focus on solutions: the smartest people, the biggest ideas, and the most ground breaking technology shaping our future.
Subscribe