Now, it’s one step closer to reality, having secured approval from the U.S. Federal Aviation Administration to begin making commercial deliveries in the U.S.

On August 31, Amazon announced that it has secured Part 135 certification, which is necessary to deliver packages beyond a drone operator’s line of sight. Without it, Amazon would only be allowed to deliver a package if a human operator can physically see the drone and its destination.

While the certification does not allow Amazon to deploy autonomous delivery drones, it does put the company closer to that goal.

“This certification is an important step forward for Prime Air and indicates the FAA’s confidence in Amazon’s operating and safety procedures for an autonomous drone delivery service that will one day deliver packages to our customers around the world,” David Carbon, VP of Prime Air, said in a statement.

The Future of Drone Delivery

E-commerce was soaring before the pandemic, and it’s absolutely skyrocketed in recent months as people social distance in response to COVID-19.

The vans and trucks currently used to deliver those packages can contribute to both traffic congestion and carbon emissions, and their impact is poised to increase in the near future, the World Economic Forum reported in January.

“The convenience of buying anything, from food to clothes to goods to, you know, even your coffee, is so easy that people don’t realize the actual impact of that,” Richa Sahay, leader of the WEF’s supply chain and transport work, told Fast Company.

“New solutions have to come in order to make sure that convenience doesn’t go away — because it’s good for the economy — but (that) it doesn’t have a huge impact on emissions and congestion,” she continued.

Drone delivery services could be one of those solutions — they obviously wouldn’t contribute to traffic congestion, and electric drones (like those Prime Air is testing) don’t directly emit CO2, unlike the fossil fuel-powered vehicles currently used to deliver most packages.

Still, drone delivery could bring about other problems — the services might cause noise pollution (that notorious droning buzzing sound) or even endanger people on the ground. (Of course, ground traffic is noisy and dangerous, too.)

Amazon and other retailers have some time to address those potential issues, though, as the FAA is proceeding with caution when it comes to loosening drone regulations, committing to a “crawl, walk, run” approach.

“We’re still crawling with drones and when we graduate to high-density urban operations we will be at the walking phase,”  Deputy Administrator Dan Elwell said in July. “We’re not there yet, but we’re close.” 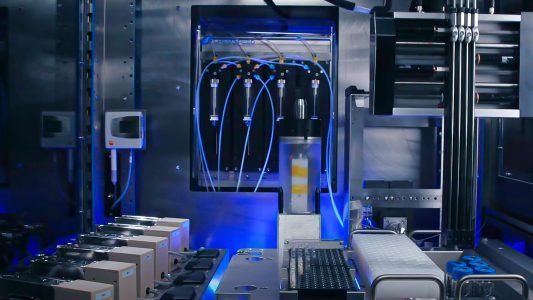