Some things are so big you can see them from space — the Pyramids of Egypt or the massive Kennecott Copper Mine in Utah.

Now, with the help of better satellites and artificial intelligence, we can see elephants, too.

Researchers recently announced a breakthrough technology that uses AI to track large animals from space, even in complex terrain.

How to Track an Elephant — from Space

Currently, researchers track wild animals by tagging them or observing them from drones or low-flying planes. But the new technique — which is quicker, yet just as accurate — promises to improve endangered species monitoring across the globe.

They trained an AI to find the animals using 1,000 high-resolution satellite images, taken from the Worldview-3 observation satellite, containing African elephants in their natural habitat — forests and grasslands. When identifying the animals, they found that the AI had the same level of accuracy as humans.

The effort needed to monitor the wild population is costly in time, human resources, and money (one reason why the last population estimate is now over five years old). But satellite imagery can cover over 1,900 square miles in just a few minutes, reports Nature World News.

This isn’t the first attempt to track animals from space. The ICARUS project uses biosensors and an antenna on the International Space Station to detect animals’ heat signatures, like waterfowl in China. Additionally, scientists have been using satellite images and AI to track whales from space.

But given the uniform environment — large blue water regions — whales are actually much easier to find than an elephant in a forest. This study demonstrates the first time that the technique has been used to track land animals in a complex landscape, including grassland, woods, and scrub areas.

“Satellite imagery resolution increases every couple of years, and with every increase, we will be able to see smaller things in greater detail. Other researchers have managed to detect black albatross nests against snow,” said Olga Isupova, a computer scientist at the University of Bath.

“No doubt the contrast of black and white made it easier, but that doesn’t change the fact that an albatross nest is one-eleventh the size of an elephant.”

Understanding a population size, movement, and range is an essential step toward instilling protections for an endangered animal. Tracking elephants is just the beginning. The team hopes to include other animals in the future. 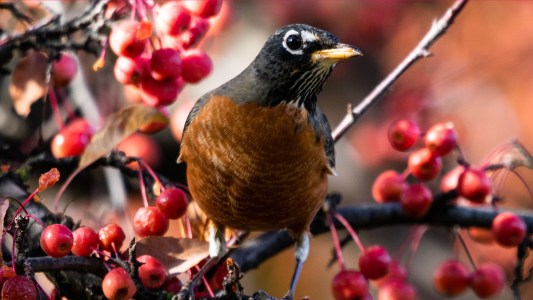 Public Health
Predicting which birds can cause Lyme disease spread
Subscribe to Freethink for more great stories
Subscription Center
Sections
Video
Freethink
Subscribe
We focus on solutions: the smartest people, the biggest ideas, and the most ground breaking technology shaping our future.
Subscribe