Death comes to all of us, and it’s never easy. If cemeteries and funeral homes don’t give you warm fuzzies, then consider instead having your body covered in soil and bacteria so it can be composted into mulch.

The idea of a human remains becoming rich soil that can lead to new life seems — oddly refreshing.

After a decade of planning and fundraising and a successful bid to change Washington state law, Recompose, a composting funeral home, is finally open for business.

The facility, which received its first body in December, looks somewhat like a giant beehive in a warehouse. Each hexagon shape is a long tube filled with wood chips, alfalfa, and straw. That is where the human remains lie. Add in a little organic material munching bacteria, and the human body will turn into a large box of mulch.

The composting process, referred to as “natural organic reduction,” takes about one month and costs $5,500. Families can then decide to find a home in nature for the remains, or Recompose will deliver it to Bells Mountain conservation forest in southern Washington.

Despite “ashes to ashes, dust to dust” being a recurring theme in many funeral ceremonies, composting human remains was not a legal form of body disposal until recently, when Recompose founder Katrina Spade undertook the cause.

In recent years, attitudes toward death are shifting as what is being dubbed the “death positive” movement takes hold.

Recompose sponsored a 2018 Washington State University study to determine the safety and effectiveness of composting human remains. Six subjects were composted during the five-month study. They found that the process met the EPA standards for composting facilities in Washington state. And, when measuring the resulting material, toxins like arsenic and lead stayed below the EPA limits.

Spade’s efforts convinced the state of Washington to be the first to legalize human composting. The new rule went into effect in May 2020 and allows for “the contained, accelerated conversion of human remains into soil.”

So far, there are three facilities in the state licensed to perform natural organic reduction, including Recompose, natural burial cemetery Herland Forest, and Return Home (which expects to open next year), according to KTLA.

“This is simply another option at a time when people feel they have no options,” Walt Patrick, the steward at Herland Forest, told KOIN 6 News. “You know, death has intervened and changed your life forever. How can you do something at least to make it the way you want?”

In recent years, attitudes toward death are shifting as what is being dubbed the “death positive” movement takes hold. The shifting perspective aims to reimagine death with new rituals or ways to memorialize people.

For example, certified death doulas help people make peace with death. Before the pandemic, “death cafes” were increasingly popping up around the country. Included in that movement are innovative and sometimes unorthodox ways to dispose of a body —  everything from building your own coffin to  being turned into an “eternal reef” by having your remains mixed into the cement of an artificial reef that supports marine life.

Recompose not only fits in with the movement, but also argues that composting human remains makes practical sense. Studies show that human composting can be an energy-efficient, “green” way to dispose of remains.

Recompose says that one metric ton of CO2 is saved for every person composted instead of cremated — about the same amount a gas-powered vehicle emits in 3 months. And Earther reports that the composting footprint is less than the toxic chemicals used in embalming, or the carbon dioxide and pollutants emitted during cremation. 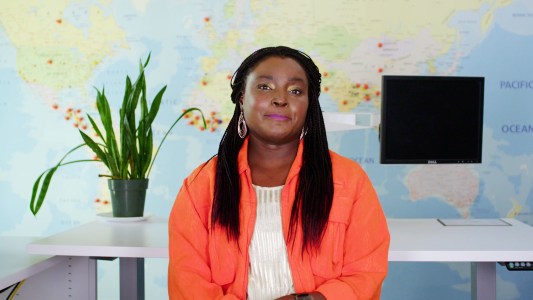 Entrepreneurs
How to use conscious capitalism to fight for a cause2:01
Subscribe to Freethink for more great stories
Subscription Center
Sections
Video
Freethink
Subscribe
We focus on solutions: the smartest people, the biggest ideas, and the most ground breaking technology shaping our future.
Subscribe