Sometimes a scientific accomplishment needs no hype to sound cool. Laser-guided lightning is one of these cases. Since the time of Benjamin Franklin, we’ve looked for ways to control, or at least deflect, lightning strikes. In 1999, scientists first tried to control the path of a lightning bolt with a laser.

Now, scientists are reporting the first successful demonstration of laser-guided lightning. Pictures of one of the experiments speak for themselves:

Why does it work? The power of a very large laser breaks down the atmosphere itself, creating a path for the lightning. The laser fires pulses of light, rather than a continuous beam. Each pulse carries roughly a terawatt—one million million watts—of instantaneous energy. This amount of power can only be delivered for a very tiny amount of time, about a picosecond, or one-millionth of one millisecond. You can imagine a science fiction laser blaster: the pulse is a traveling line segment, fired into the air. (The blast is about a millimeter long, would motion blur into a beam in our eyes, and is made of infrared photons, so don’t picture it too literally.)

The huge power of the pulse decreases the speed of light in the air through which it travels. This is a nonlinear optical process: jargon for an effect that is only observed at extremely high light intensities, such as a powerful laser pulse. Power density in the pulse increases as the pulse shrinks, enhancing the effect and creating a feedback loop. The laser pulse undergoes self-focusing: The air itself acts like an increasingly strong lens, continually cramming down the laser power into a more intense pulse. This continues until the air is ionized: Atoms and their electrons are separated, forming plasma. Freed electrons in the plasma counteract the focusing.

Along the length of the filament, the unlucky air molecules clobbered by the pulse are stripped of electrons and then blasted out into the surrounding atmosphere. The filament collapses in perhaps a nanosecond, but leaves behind a tube of altered air that lingers for a relatively long time: roughly a millisecond. Within the tube, some combination of the lower density of air and the higher density of electrons appears to provide an attractive track for electrons to flow.

Having established the tempting path for a lightning strike to travel, environmental conditions must then conspire to send such a bolt. The team installed the laser at the foot of a telecommunications tower atop a mountain in Switzerland. They aimed the beam up from the ground next to the tower, passing just over the tower’s tip at a small angle. The Swiss site experiences roughly 100 lightning strikes per year, nearly all of which are strikes upward, leaping from the tower tip into the sky.

Running the laser during thunderstorms, the research team observed at least a dozen lightning strokes that did not follow the laser’s path, along with four upward strokes that began at the tower tip, bridged to the filament, and then rode upward along the filament before discharging into the cloud above. One stroke was captured—in the images above—by cameras. The remaining flashes were confirmed by the emission of very high frequency (VHF) radio waves and X-rays emitted along the path of the lightning. The VHF emissions can be triangulated by two measuring antennas, mapping and timing the path of the lightning bolt to create a compelling case that the lightning travels along the laser path. The images sell the story, but the VHF maps are the hard data.

All of the guided strikes sent electrical charge in one direction, called positive under weird atmospheric physics conventions. Electrons gathered in the earth ran up the tower and shot toward positively charged (electron poor) clouds above. Most strikes at the Swiss site—and everywhere on earth—are negative: The cloud discharges electrons to the ground. The team conjectures on why they have only caught electrons traveling in one direction along the filament, when it should be a two-way street.

Their explanation relies on the lengths of streamers. These small sparks emanate from charged objects within an electric field; if they connect, they form the pathway for a strike. Both the top of the tower, and the bottom of the filament above it, issue streamers toward one another. The farther they reach out, the more likely they are to connect. Under the electrical conditions of the storm, positive streamers from the filament tend to extend farther preceding a positive bolt than positive streamers extend from the tower when a negative bolt is imminent.

The team offers further conjecture about why they succeeded where previous efforts have failed. One reason may be that their laser fires 1000 pulses per second (1 kHz), making it far more probable that a pulse has just fired at the instant that a lightning bolt is ready to strike. If the filaments indeed last about a thousandth of a second, then the air above the tower has a filament ready for lightning almost continuously when the laser is on. The heavy laser fire may also build up the positively charged oxygen molecules spit out of the filaments, helping to prime the air.

The scientific report is relatively short, highlighting the demonstration itself, but only briefly delving into the details. It’s clear that most lightning strikes did not travel the laser path. Laser-guided lightning is still at the research stage: It works occasionally, for reasons not fully understood, under impractical and expensive conditions. Having shown that it can be done, science will now attempt to fully understand it, make it consistent, and see whether it’s practical in the real world. In the meantime, we can hope for more beautiful pictures demonstrating this stroke of ingenuity. 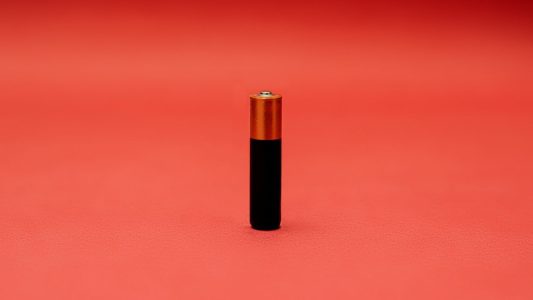