Kelekona is one of many startups that believe electric vertical takeoff and landing (eVTOL) vehicles are the future of mobility — but instead of designing an aircraft to compete with cars and taxis, it’s building one to take on buses and trains.

The eVTOL future: Like helicopters, eVTOL aircraft take flight from a stationary position, lifting straight up into the air and coming straight down to land. The difference is they’re powered by electricity — not fossil fuels.

As cities get more crowded, startups are betting that passengers will look to the sky instead of the street for fast transportation — instead of hailing Ubers, they’ll pay for rides in eVTOLs that take off from the roofs of buildings or parking garages.

The challenge: The problem with this vision of the future is that, eventually, the sky could become crowded, too, with different companies’ flying taxis competing with each other — and traditional aircraft — for the same airspace.

This would be a safety concern, as the more aircraft in the sky, the more coordination required to avoid collisions and crashes — and given that many eVTOLs will be flying over densely populated areas, accidents could be particularly destructive.

The mass transit eVTOL: Kelekona’s idea is to treat eVTOLs less like flying taxis and more like flying buses — instead of designing one that can hold four or so passengers, it’s developing one that could carry 40.

“You have to have the kind of mass transit we rely on here in (New York City),” Kelekona said. “It makes sense to try to move as many people as possible in one aircraft, so that we’re not hogging airspace.”

How it works: Kelekona unveiled the design of its mass transit eVTOL in April.

The body is shaped a bit like a ciabatta roll, if the backend got squashed under a carton of milk. A pair of fans provide lift from each of the eVTOL’s four corners, and the battery pack powering it is positioned at the craft’s base.

“What we decided to build is a flying battery,” Kelekona said. “What that allowed us to do is have greater endurance.”

“Instead of building an interesting airframe and then trying to figure out how to put the battery into that aircraft,” he continued, “we started with the battery first and put things on top of it.”

The cold water: Kelekona has yet to actually build its mass transit eVTOL, and once one is built, the aircraft will still need to be certified by the Federal Aviation Administration before it’ll be cleared for take-off.

The company has tested the design in computer simulations, though, and is confident that it’ll be able to transport 40 passengers and a pilot, or up to 10,000 pounds of cargo.

Looking ahead: If all goes well with development, Kelekona expects cargo flights to begin in 2022, with passenger flights starting in 2024.

Initially, Kelekona’s mass transit eVTOL would have just one route — Manhattan to the Hamptons — which would take 30 minutes at a projected cost of $85 per ticket. Other inter-city routes would follow, including a one-hour flight between Los Angeles and San Francisco. 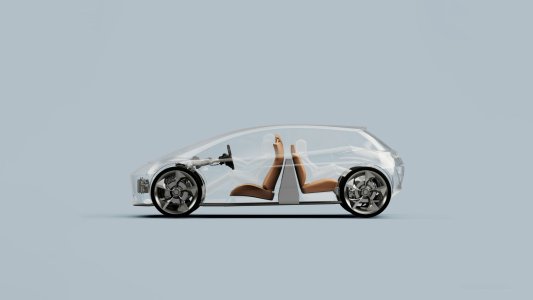