Microsoft is making good on its promise to help device owners repair their own tech, releasing a new teardown video showing how to safely remove every component from a Surface Laptop SE.

The challenge: Microsoft and other tech giants have long fought against customers’ repairing their own devices, arguing that DIY repairs are everything from dangerous to a security threat (not to mention a warranty liability).

They made it as hard as possible for customers to repair tech by refusing to sell spare parts, keeping schematics under lock and key, and using enough glue in their devices to make taking them apart without breaking something all but impossible.

The SE costs $250 and was designed for use by students in grades K-8.

Why it matters: This has meant customers have had no choice but to pay manufacturers or certified technicians for repairs, and because those repairs can be expensive, buyers often choose to buy the latest upgrade rather than fix the device they already own.

The old tech then sits unused in a desk drawer or (if not properly recycled) in a landfill, where it contaminates the environment and contributes to the global e-waste problem.

What’s new: In October 2021, Microsoft announced plans to start making its devices easier for customers to repair on their own.

As part of that effort, the company has now released an 8-minute-long video in which a Microsoft engineer shows how to open a Surface Laptop SE and remove its components using basic tools, such as a screwdriver and tweezers.

The laptop: The SE is Microsoft’s cheapest Surface Laptop ($250), and it was designed specifically for use by students in grades K-8.

Kids aren’t as careful with tech as adults, and schools might not have the budget to take damaged laptops in for certified repairs, so Microsoft touted the device’s easy repairability when announcing it in November.

“[V]ital components like the display, battery, keyboard — even the motherboard — can be easily repaired onsite, saving time and money for IT admins and schools,” Paige Johnson, VP of Microsoft Education, wrote in a blog post.

Now, they have a video that can walk them through the process of removing those parts, which could ensure laptops are back in students’ (sticky) hands more quickly.

Repairer beware: It’s not clear whether DIY repairs will void the Surface Laptop SE’s manufacturer warranty, but Microsoft likely wouldn’t be keen on paying to fix something a customer damaged while trying to make a repair.

This could deter schools from taking the laptops apart even with the company’s nominal blessing and video to guide them.

This is also just one teardown video for one laptop, and Microsoft still has many others to pull back the curtain on before right-to-repair advocates will be satisfied.

The big picture: Microsoft’s new video is one of several encouraging signs that Big Tech is ready to start working with customers to repair devices — but that’s not the only way we can keep tech out of landfills.

A number of smaller companies are creating their own easy-to-repair laptops and smartphones, and others are coming up with alternative ideas for preventing e-waste, such as tech rental programs.

Together, these efforts could add up to a future in which consumer electronics have a much longer lifespan — and our planet isn’t drowning under the weight of all the old electronics we no longer want to deal with. 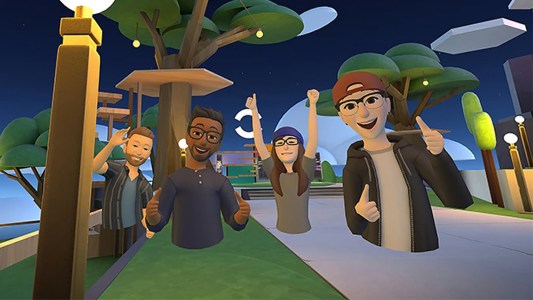 Meta (formerly Facebook) has opened up access to Horizon Worlds, its virtual world for the metaverse, to all adults in the U.S. and Canada.