A new kind of brain-computer interface (BCI) that uses neural implants the size of a grain of sand to record brain activity has been proven effective in rats — and one day, thousands of the “neurograins” could help you control machines with your mind.

Mind readers: BCIs are devices (usually electrodes implanted in the skull) that translate electrical signals from brain cells into commands for machines. They can allow paralyzed people to “speak” again, control robots, type with their minds, and even regain control of their own limbs.

Most of today’s interfaces can listen to just a few hundred neurons — but there are approximately 86 billion neurons in the brain. If we could monitor more neurons, in more places in the brain, it could radically upgrade what’s possible with mind-controlled tech.

“Our team’s idea was … tiny sensors that could be distributed across the cerebral cortex.”

But scientists can’t exactly implant electrode arrays all over a person’s brain — not only can they damage brain tissue, they can also trigger inflammation that causes the BCI to fail. Even existing BCIs are not without risk, which limits how many people they can help.

“One of the big challenges in the field of brain-computer interfaces is engineering ways of probing as many points in the brain as possible,” senior author Arto Nurmikko said in a press release.

Shrinking neural implants: Rather than trying to place more stamp-sized electrode arrays into the brain, the researchers developed individual neural implants about the size of a grain of sand.

“Up to now, most BCIs have been monolithic devices — a bit like little beds of needles,” Nurmikko explained. “Our team’s idea was to break up that monolith into tiny sensors that could be distributed across the cerebral cortex.”

A small patch, attached to the scalp, powers the neural implants and receives their wirelessly transmitted data.

It can also instruct the implants to deliver tiny electric pulses to neurons — that ability to stimulate the brain might be useful for restoring brain function lost due to illness or injury.

Proof of concept: For a new study, the researchers used 48 neurograins to record activity in the brain of a rat. They believe the current design would support up to 770 of the tiny neural implants, but want to eventually scale up to thousands in a single brain.

“Our hope is that we can ultimately develop a system that provides new scientific insights into the brain and new therapies that can help people affected by devastating injuries,” Nurmikko said.

In the near future, the BCIs could help us overcome a host of other health problems, and looking further ahead, they could even supercharge human intelligence by merging our brains with AI.

The sooner we figure out how to safely and effectively tap into more of our brain activity, the sooner our sci-fi future can come to fruition. 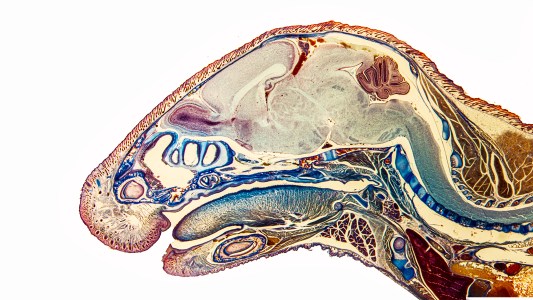 Fecal transplants from younger to older mice appear to reverse aging in the brains of the seniors, improving their memories and cognition.