With funding from the U.S. Office of Naval Research, scientists at Washington University in St. Louis have found a way to hack into the insects’ sense of smell, in the hopes of using the bugs to detect explosives, according to a paper published on the preprint server bioRxiv.

No Nose, No Problem

While the human sense of smell starts with our noses, grasshoppers use receptor neurons in their antennae to detect odors in the air. Each antenna can contain 50,000 neurons, and whenever they detect a scent, they send an electrical signal to a part of the insect’s brain called the “antennal lobe.”

Researchers created tiny backpacks for the grasshoppers, each containing a sensor that could wirelessly transmit the data from the insect’s brain electrodes to a computer.

By analyzing the electrical signals detected by the brain electrodes, the scientists could determine when a grasshopper was smelling TNT, DNT, or one of the controls used for the experiment (hot air and a chemical found in bitter almond oil).

The next step in the research was seeing how this ability to read the scent signals in a grasshopper’s brain could prove useful for explosive detection.

For that, the researchers created tiny backpacks for the grasshoppers, each containing a sensor that could wirelessly transmit the data from the insect’s brain electrodes to a computer.

Though the backpacks were lightweight, they were still heavy enough to immobilize the grasshoppers, so the team placed the insects on remote-controlled platforms. They then drove the platforms around to different locations.

By analyzing an individual cyborg grasshopper’s brain activity, the researchers could pinpoint the locations with the greatest concentrations of explosives with 60% accuracy. When they took into account the brain activity of a group of seven grasshoppers, that accuracy jumped up to 80%.

The research has some clear limitations.

For one, after the researchers implanted the electrodes into the grasshoppers’ brains, they only had a seven-hour window to use the insects for explosive detection before the bugs became fatigued and died.

Additionally, the researchers didn’t test the cyborg grasshoppers’ ability to detect explosives when multiple scents were in the air, which would likely be the case during real-world deployment.

Still, according to the researchers’ paper, this is the first time anyone has demonstrated a way to combine a biological olfactory system with technology to detect chemical odors — and that approach could avoid a couple of problems with current methods.

Despite trying for decades, scientists have yet to develop a machine that can match the odor-detecting abilities of animals — an artificial nose simply can’t compete with a biological one.

Some animals are better than others when it comes to sniffing out scents, and while it would be great if we could use bears — the animals with the best sense of smell — for explosive detection, dogs have historically proven to be the ideal combination of talented and trainable scent detectors.

The problem is that training an explosive detection dog (and its handler) is expensive and time-consuming, and the current supply of trained dogs can’t meet the demand.

Additionally, recent reports have indicated that trained dogs are sometimes subjected to deplorable conditions and abuse, leading some of the animals to die before they even complete a year’s worth of work.

If scientists can figure out how to efficiently use tech to tap right into the brains of grasshoppers to know when bombs are nearby, the cyborg bugs could end our reliance on dogs for explosive detection — and this study is the first indication that that might be possible. 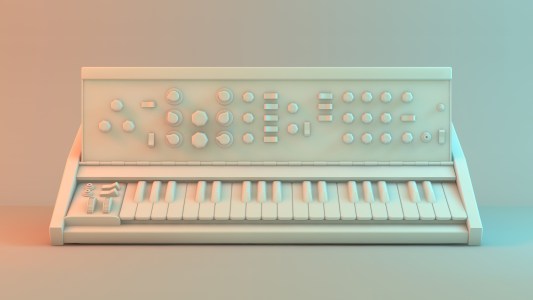 Biohacker Bertolt Meyer has built the SynLimb, a controller that attaches to his prosthetic arm, allowing him to control his modular synthesizer with his mind.

Biohacking
Biohacker’s prosthetic arm lets him play a synthesizer with his mind
Subscribe to Freethink for more great stories
Subscription Center
Sections
Video
Freethink
Subscribe
We focus on solutions: the smartest people, the biggest ideas, and the most ground breaking technology shaping our future.
Subscribe