American Airlines has agreed to purchase 20 supersonic planes from Denver-based Boom Supersonic — if the startup can get the ultrafast jets off the ground and approved by regulators.

Why it matters: Supersonic planes, by definition, travel faster than the speed of sound — 767 miles per hour — but Boom’s in-development Overture jet is expected to travel much faster than that, with a cruising speed of ​​1,227 mph.

That’s about twice as fast as any existing commercial airplane, so it would dramatically cut flight times — at that speed, a trip from Miami to London would take less than 5 hours, compared to today’s 9.5.

The last supersonic passenger jet — the Concorde — was expensive and fuel-hungry.

The challenge: The Boom Overture wouldn’t be the first supersonic passenger plane. European airlines British Airways and Air France operated the Concorde between 1976 and 2003.

While the jet did cut flight times, the FAA and other regulators preemptively banned supersonic planes over land to avoid noisy sonic “booms,” which dramatically limited its potential routes.

The Concorde also burned a lot of expensive fuel, which led to sky-high ticket prices — a trip from New York to London could cost upwards of $15,000. The plane was ultimately retired for being unprofitable.

Boom designed the plane with fuel-efficiency in mind — its body is made from a light carbon composite material, and its gull wings and specially shaped fuselage are designed to reduce drag.

That should help keep ticket prices way below what Concorde passengers paid — ​​Boom CEO Blake Scholl expects a ticket from NYC to London to cost between $4,000 to $5,000 on an Overture, which will seat 65 to 80 passengers.

Instead of using traditional jet fuel, Boom’s supersonic planes will also be designed to run on 100% sustainable aviation fuel, which is made from organic matter. Between the cleaner fuel and planned carbon offsets, Boom expects the Overture to be the first fully carbon neutral aircraft.

Looking ahead: Like the Concorde, the Boom Overture will still be banned from traveling over land. However, with a range of 4,250 nautical miles, Boom says more than 600 routes are still in play — but first it needs to fly the plane.

The final production design of the jet is expected to be ready in 2025, with a first flight scheduled for 2026. If everything goes well with flight tests and certification, Boom hopes to have its supersonic planes ready to carry passengers in 2029.

The airline industry seems optimistic that Boom will be able to deliver on its promise, too — the company has preorders for 130 Overtures, including 15 for United Airlines and the 20 that American Airlines has now ordered and paid a non-refundable deposit for.

“Looking to the future, supersonic travel will be an important part of our ability to deliver for our customers,” said American’s CFO Derek Kerr. “We are excited about how Boom will shape the future of travel both for our company and our customers.” 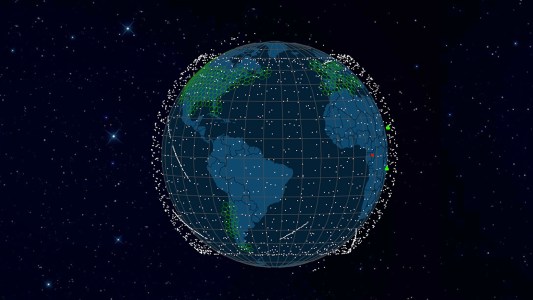 Satellite mega constellations could bring the world online, but they’re also a threat to astronomy. Can we study space and build in it, too?

Aerospace
Earth’s orbit is about to get way more crowded
Subscribe to Freethink for more great stories
Subscription Center
Sections
Video
Freethink
Subscribe
We focus on solutions: the smartest people, the biggest ideas, and the most ground breaking technology shaping our future.
Subscribe