In response to the coronavirus pandemic, more than half of America is now working from home, with a seemingly endless stream of video conferences taking the place of in-person meetings.

Now, with “Zoom fatigue” sweeping the nation, one company is offering all these telecommuters a much-needed alternative to video calls: free virtual reality meetings.

You probably already know what video conferencing is like.

You sit in front of your webcam, click a link that brings you into a shared “meeting room,” and then all your coworkers’ faces appear on your computer. From there, you might talk with one another, send each other files, or share your screen so your coworkers can see what you’re working on.

You get a strong feeling of presence that you don’t get in a video conference.

The virtual reality meetings offered by New York-based startup Spatial take this to the next level.

Rather than limiting your interactions to what can appear on a computer screen, the company’s platform transforms your entire room into a virtual meeting space.

In a Spatial meeting, through a VR headset, your coworkers take the form of avatars standing next to your desk — not faces on your laptop. Instead of sharing screens, you can share virtual 3D objects, handing each other product samples to look over, perhaps.

Spatial launched in 2016, and it already has a number of major clients, including Mattel, Nestle, and Pfizer. However, interest in the company’s virtual reality meetings surged in response to the coronavirus pandemic.

“In light of COVID, we’ve actually had an intense amount of demand — about a 1,000% increase,” CEO Anand Agarawala told Wired. “Zoom is not a good replacement for being in the office with other people, whereas something like VR gives you that level of presence and personification.”

That interest prompted the company to announce on May 13 that it’s offering unlimited free access to its premium services for the coming months.

It’s also releasing a web version of its platform, meaning workers without VR headsets can still attend Spatial’s virtual reality meetings — they’ll just have to settle for seeing their coworkers’ avatars appear on their laptop screens and not in their home offices.

Spatial is just one of many companies betting that virtual reality meetings will supplant video conferencing in the future. Most of that confidence appears centered on VR’s ability to more closely replicate an in-person meeting.

“You get a strong feeling of presence that you don’t get in a video conference,” Thomas Dexmier, HTC Vive’s country manager for Australia and New Zealand, told CRN.

“Here, when several of us are interacting, you can see exactly who is talking to you, who is looking at you, gesticulating in your direction,” he continued. “The spatial audio indicates where someone’s voice is coming from as well.”

Of course, the technology supporting Spatial and other platforms for virtual reality meetings is far from flawless — even the companies’ own demo videos show lagging graphics and avatars that are less than life-like.

Still, with so many people suddenly forced to work from home right now, Spatial has a unique opportunity to grab the world’s attention — and given that many new telecommuters won’t be going back to the office, the company might be able to keep it even after the pandemic is over. 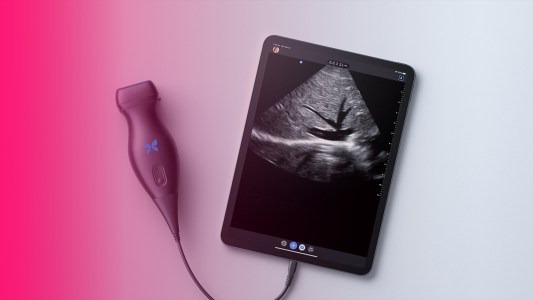 Ultrasound can be a useful diagnostic tool for COVID-19. A portable ultrasound machine called the Butterfly iQ may make it safer.

Coronavirus
This ultrasound connects to an iPhone to help catch COVID-19
Subscribe to Freethink for more great stories
Subscription Center
Sections
Video
Freethink
Subscribe
We focus on solutions: the smartest people, the biggest ideas, and the most ground breaking technology shaping our future.
Subscribe