Virtual reality may seem like an unlikely medium in which students can make the grade, much less excel. But, with the pandemic sparking the search for remote learning options, educators are beginning to discover the benefits of VR.

Michael Cuales, the creative director for new media development at North Carolina State University and founder of LEVR Studios, says that VR is on the cusp of something great.

“Once you see it and you have access to some of the tools… what’s coming is going to get absolutely incredible. It’s going to get terrifying,” he says, “The real exciting piece that is starting to come into its own now is true beautiful applications — and thoughtful applications of when and how and why to apply immersive technology.”

Virtual reality isn’t just for video games anymore. It is used for military training, conservation modeling, VR nature experiences, and exposure therapy to treat PTSD. Cuales even created a VR world to help addicts transition out of a treatment program.

But, for Cuales, education is the sweet spot. He knew he was onto something when students who participated in his VR chemistry labs started to outperform those that attended in-person labs.

The team at NC State began working on a VR chemistry lab in 2017 when they found out that 80 organic chemistry students at the university couldn’t participate in person — disability, sensitivity to chemicals, pregnancy, or military deployment stopped many.

Cuales, lead VR producer on the project, and the team took two years to make a VR world that could host the five organic chemistry lab sessions. He calls the project a “foundational piece” because it “gets the job done.” Students lacking a VR headset can use laptops, tablets, or smartphones — technology most college students have access to — to explore the lab and complete tasks. And since most college students don’t have haptic gloves, it isn’t yet fully immersive. But it is just enough to mimic the real lab assignment, without the bells and whistles possible in VR.

Cuales was surprised to find that students who did the VR lab sessions outperformed students who attended labs in person — and they completed the work in a fraction of the time. Cuales thinks this is likely because students in the VR program don’t have to wait for a lab station to become available, and they get the full attention of the virtual TAs.

The project was so successful that Cuales’ team made it available to educators for free. Forty-six institutions adopted the program. Since the pandemic, he has seen a spike in visits to the website.

Anna Queiroz, a cognitive psychologist at the Stanford Virtual Human Interaction Lab (VHIL), says that today’s standard for remote learning — Zoom conferences — might be okay for cognitive and conceptual knowledge, but they lack the social and emotional aspects.

“The feeling of presence is something that’s the difference from VR to other kinds of media. Immersive media has this ability to make you feel that you are in that environment,” she says, “And it can trigger emotions. It allows you to have the experience as real, your body responds as it was real.”

She cites an experiment in the VHIL where participants attempt to walk across a plank in a VR world. The participants know they are standing on solid ground, but their body shakes, they begin to sweat, and most of them cannot take the first step.

Christine Hafer, a former public school teacher, now trains other soon-to-be teachers at Ithaca College. She predicts that the education’s sector’s interest in VR won’t wane after the pandemic. Instead, many schools will continue a hybrid form of teaching because it allows students to have more control over their learning styles.

“If you are just straight lecturing in the front of the room and not providing anything that stimulates their brain in that other sense, that’s really difficult for (students) to even pay attention to you,” she says.

“There’s such a difference between a visual aid that you just sit and watch passively and one that you are actually actively a part of. And that’s what VR does for me.”

One of Hafer’s own early VR experiences was a tour of Anne Frank’s temporary attic home. Despite being an avid traveler, Hafer couldn’t travel to the Anne Frank museum, so this was the next best thing. She was surprised by how tiny the room is — something she says that you can’t fully grasp just by reading Frank’s diary.

Hafer tasked her education students to design a VR world and accompanying lessons. One student created Waldon Pond, which the class could explore as avatars.

“This allowed our students to become part of the lesson as if they were entering that space,” says Hafer.

(VR) can trigger emotions. It allows you to have the experience as real, your body responds as it was real.

Stanford’s Queiroz warns that VR isn’t right for everything. Just like a computer, too much time spent in a VR headset can increase screen fatigue. And VR can’t perfectly duplicate in-person, hands-on experiences. But it can provide students with experiences they otherwise wouldn’t have — ventures that are too costly, like traveling to Amsterdam for a museum visit, too dangerous, like the NC State chemistry lab for pregnant women, or not possible, like experiencing a long-past time period.

There are hurdles for VR. While some say that the best is yet to come, others say VR is already dead. Although simulated environments have existed for some time, it was in the 1980s when Jaron Lanier, founder of VPL Research, started building headsets and gloves to explore a VR world — and the term “virtual reality” was born. Although the smartphone debuted in the 2000s, VR still hasn’t become nearly as ubiquitous as was once predicted.

Cuales says that really is going to change this time. He says that, like any technology, the price will continue to come down, and the devices will get smaller so that it won’t be long before we all have a VR headset in our pocket or purse. 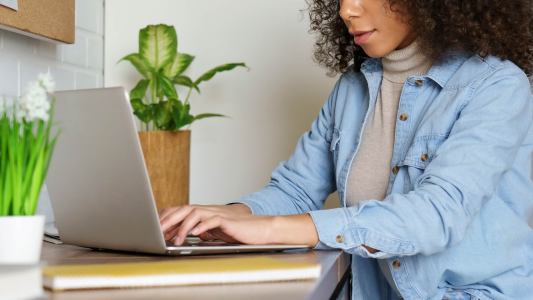