Look out, superbugs! We can now create new antibiotics faster than ever before — all thanks to a new AI tool from IBM.

Antibiotics transformed medicine — once fatal infections suddenly became treatable with the discovery of penicillin in the 20th century. However, like all living things, bacteria have proven to be pretty resilient: they’ll adapt to whatever environment they find themselves in. Our tendency to overprescribe antibiotics has led to the evolution of antibiotic-resistant bacteria, aka “superbugs.”

Unfortunately, we haven’t been able to develop new drugs fast enough to keep pace in the arms race against these emerging superbugs.

And that’s a deadly problem.

If nothing is done to stop the threat of antibiotic-resistant infections, the World Health Organization estimates that we’ll see more than 10 million deaths a year by 2050. There’s also a huge economic cost associated with these illnesses.

Drug design usually involves a trial-and-error approach, but there are countless possible chemical combinations, so it’s a slow and tedious process.

If nothing is done to stop the threat of antibiotic-resistant infections, we could see more than 10 million deaths a year by 2050.

That’s where IBM’s AI tool comes in. The AI records critical information about a large pool of different peptides (the building blocks of proteins). Using that data, it can create a brand new peptide design — for example, one with antimicrobial characteristics.

Theoretically, the AI has now just reverse-engineered an effective drug candidate from a huge pool of options.

But drugs can’t just be effective — they’ve got to be safe in humans and, ideally, work against many different strains of bacteria. So next, the computer-generated molecules get sorted by the AI — ones that are deemed inefficient or unsafe get discarded.

With a traditional trial-and-error approach, it could take years to produce viable drug candidates.

But for IBM’s AI, it took less than two months.

The AI identified, created, and tested 20 novel drug candidates in just 48 days. Two of these drugs look really promising: they were both powerful against pathogens, not likely to cause further drug resistance in E. coli, and had low toxicity when tested both in vitro and in mice.

Two new antibiotic candidates are exciting — but the really valuable thing here is the AI that created them. Being able to rapidly discover effective, safe, and efficient drug candidates is a huge step toward defeating superbugs

This process could have implications beyond antibiotics, too — it could accelerate the design of any new therapy or chemical material, potentially unlocking new weapons against novel diseases (like COVID-19) and other currently untreatable conditions.

“(W)e hope that our AI could also be used to help address the world’s other most difficult discovery challenges,” the researchers write in a blog post, “such as designing new therapeutics, environmentally friendly and sustainable photoresists, new catalysts for more efficient carbon capture, and so much more.” 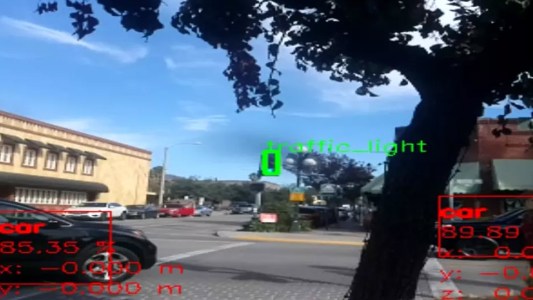 An AI backpack powered by Intel technology “sees” for visually impaired people, letting them know about any potential obstacles in their path.