A medication used to treat high blood pressure might also be able to help people overcome alcohol use disorder, according to a new study by researchers at the NIH and Yale University.

The challenge: If a person is unable to break drinking habits that are damaging their health, job, or social life, their doctor might diagnose them with alcohol use disorder.

An estimated 14.1 million adults in the US struggle with alcohol use disorder, and while there are multiple types of therapy and three FDA-approved medications for treating the disorder, they don’t work for everyone.

“People with substance use disorders deserve to have a range of treatment options available to them.”

The idea: Past research has shown that mineralocorticoid receptors — proteins that help the body regulate blood pressure — may also play a role in alcoholism, with higher receptor activity linked to stronger alcohol cravings.

This prompted researchers at NIDA and NIAAA to wonder if the cheap blood pressure medication spironolactone, which blocks the activity of mineralocorticoid receptors, could effectively treat alcohol use disorder.

The drug reduced binge drinking in the mice without causing movement or coordination problems or affecting their water and food intake. Rats treated with the medication, meanwhile, self-administered less alcohol.

In a parallel study, researchers at Yale University looked at health records from the US Veterans Affairs healthcare system and discovered a significant association between patients being prescribed spironolactone and a self-reported decrease in alcohol consumption.

The drug appeared to have the biggest impact on people who initially reported hazardous or heavy episodic alcohol consumption.

Looking ahead: The results of animal studies often don’t translate to people, and while the Yale study found an association between spironolactone and decreased alcohol consumption, that doesn’t mean the med caused the decrease.

Clinical trials are still needed to determine whether spironolactone could be an effective treatment for alcohol use disorder, but if so, it could be a cheap, safe way to help millions of people overcome their problems with alcohol.

“Just like for any other medical condition, people with substance use disorders deserve to have a range of treatment options available to them, and this study is an exciting step in our effort to expand medications for people with alcohol use disorder,” said NIDA Director Nora Volkow. 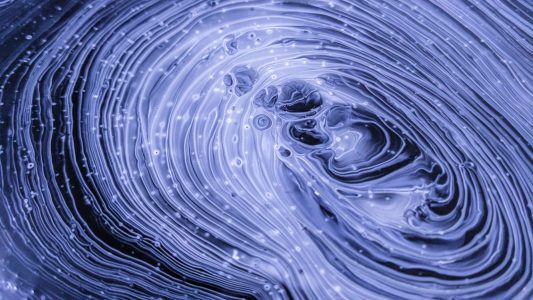 A new device allowed a paralyzed patient to “speak,” spelling out full sentences in real-time with an error rate of about 8%.