A small study out of Imperial College London is the first of its kind to test using therapy combined with MDMA for alcohol addiction. While predominantly a proof-of-concept study, looking at the safety and tolerability of the drug for people with alcohol use disorder, the researchers were able to glean some early insights into the possible efficacy of MDMA for alcohol addiction as well.

The study, headed by Ben Sessa, enrolled 14 subjects with alcoholism (medically known as alcohol use disorder). Designed to establish a safety profile, the nine-month follow up period “also allowed for a unique insight into the possible long-term efficacy of the treatment,” reported New Atlas‘ Rich Haridy.

While quite small and lacking a placebo control (normal for initial safety and tolerability studies), the research, published in the Journal of Psychopharmacology, could open the door to therapeutically using MDMA for alcohol addiction and other hard-to-shake substance abuse problems.

MDMA made its debut in the broader public consciousness while clutching water bottles and insisting on touching your shirt — because it feels soooooo neat! — but clinical research has shown that MDMA-enhanced therapy is also a promising PTSD treatment.

“Nothing in psychiatry, even in uncontrolled small trials, has come close” to MDMA’s effects, Stanford’s Boris Heifets previously told me. Despite the inherent limitations of the studies, the results have been impressive, “even taking into account that these are well-screened patients, and it’s very difficult to placebo control these trials.”

MDMA’s well-known penchant for getting your mind moving and feelings purring may be the key, allowing patients to work through difficult trauma while taking some of the edge off.

This is backed by the anecdotal experiences of people I’ve interviewed who have had MDMA therapy; the idea of the drug unlocking or revealing a part of them they would not have been able to reach otherwise has been mentioned every time, by patients who have never met and do not know each other.

Last February, right before everything changed, Heifets mentioned that, despite PTSD research being “almost entirely” the focus of the field, there was some preliminary work being done on MDMA and alcohol abuse disorder.

Sessa decided to begin MDMA addiction research with alcoholics because of alcoholism’s prevalence and poor outcomes with traditional psychiatry. MDMA’s strong track record with PTSD also made it a promising candidate.

“We know that alcoholism has high levels of trauma,” Sessa says by video call. “So we put two and two together, and said ‘let’s try MDMA for alcoholism.'”

With research on MDMA for alcohol addiction in such a preliminary stage — this is the first study looking at such — the first step is establishing the safety and tolerability of such a regimen. Basically, can people with alcohol use disorder safely be administered MDMA, and will any of their side effects be intolerable?

(So, keep in mind the study wasn’t designed to say if MDMA-enhanced therapy works for alcohol addiction.)

The participants took an eight week course of recovery-based therapy, after a ten-day detox to zero out their alcohol use. In two sessions, they received 187.5mg of MDMA, with psychological support available during all phases of the session. Twelve of the subjects received both MDMA sessions.

As far as the safety of the drug, the results look promising; there were no unexpected adverse events, the researchers wrote, and the MDMA was well-tolerated.

At New Atlas, Haridy points out another interesting wrinkle we could perhaps chalk up in the “tolerability” column: the lack of the post-ecstasy depressive crash, which recreational users often report.

“We looked for it carefully,” Sessa says. After each MDMA session, the researchers rang up patients daily for a week. “We collected data around mood and affect and suicidality, and we didn’t get any crash.”

There could be any number of reasons for this. Consider the average recreational user’s experience: is there drinking? Dancing? Lack of sleep? Is the MDMA pure or cut with other drugs?

The lack of post-MDMA crashes in this and other studies suggests maybe these outside factors play a larger role in Blue Mondays than the drug itself. Of course, we can’t say for certain, and pure MDMA is rare outside the lab.

But Did It Work?

The safety of MDMA for alcohol addiction was not the only measure being tracked in the study: “Alcohol use behaviour, mental well-being and functioning data were collected for nine months after alcohol detoxification,” the researchers wrote.

That nine-month follow up period turned out to be something like a mini-longitudinal study, where the researchers could collect some bonus data on how their patients were faring. After nine months, the average units of alcohol consumed per subject was 18.7 units per week, as opposed to 130.6/week before treatment.

As always with Dope Science, it’s important to note that this research is quite early; the small sample size and lack of placebo — known as an “open label” study — means that we cannot definitively say that MDMA for alcohol addiction is generally effective.

The decrease in drinking looks huge, on its face, but because there’s no control, we don’t know where the patients would be without this treatment — or whether any benefit was due to MDMA, therapy alone, or simply the ability and willpower to seek treatment in the first place.

“It’s great to see an expanding palette of clinical uses for MDMA, and alcohol-use disorder is a high impact public health concern,” Heifets said via email. “It’s unfortunately difficult to draw much conclusion from preliminary studies like this one, where there is no ‘control’ group to compare.”

Proof of efficacy wasn’t possible with this study, but it did point to MDMA as having potential. “We know that overall, they all did well,” Sessa says. “And obviously, I strongly believe it’s the MDMA, because I’m not that good as a therapist… I’ve been working with alcoholics for 15 years, and they don’t get as well as that.”

While efforts were made to objectively measure alcohol use/abuse — with breath analysis, blood tests, and an examination of the subjects’ medical notes — in the end “all data represented above were nonetheless reliant primarily on retrospective self-report,” the researchers wrote.

But, also as always with Dope Science, the only way to find out if MDMA for alcohol addiction therapy is effective is with more and better studies.

Awakn Life Sciences — of which Sessa is chief medical officer — is doing just that, currently formulating the protocol for a phase 2b, randomized, double-blind, placebo-controlled trial.

Sessa, Haridy reports, estimates those results to roll in after three years. 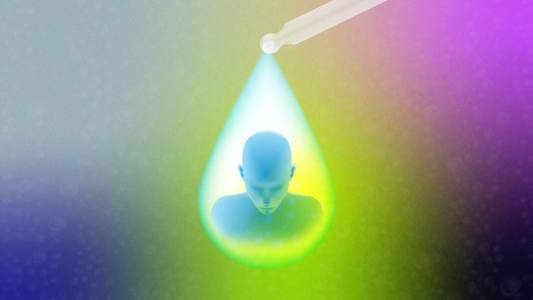