A small study out of USC (meaning the University of the Sunshine Coast in Queensland, Australia, of course; who did you think I meant?) has found that oral ketamine treatment reduces chronic suicidal thoughts,  results in line with the drug’s other antidepressant uses, New Atlas reports.

“On average, patients experienced a significant reduction in suicide ideation, from a high level before the trial to below the clinical threshold by week six of the trial,” principal investigator Adem Can told New Atlas.

While far from definitive, the study on oral ketamine may be an important step in making research easier and ketamine treatment more accessible. Most studies to date have administered ketamine via IV (although its sister compound, esketamine, uses nasal spray).

“Intravenous administration, however, is invasive, expensive and carries a higher chance of adverse reactions due to its injection straight into the blood stream,” Can said. “So logistically it is a lot easier and faster to clinically administer an oral dose.”

Both esketamine and ketamine treatment have been studied for reducing suicidal ideation before, Yale’s John Krsytal — who was not involved in the study — writes me by email.

Its efficacy was so startling, in fact, that it took the field years to come around on the results, Krystal previously told me.

Since then, studies and therapies revolving around ketamine for depression have been a key part of psychedelic drugs’ research renaissance. This past summer, researchers at Sweden’s Karolinska Institutet helped illuminate how ketamine uniquely impacts the brain’s serotonin receptors; the results may help lead to the development of new antidepressants.

For their study, published in Translational Psychiatry, the Sunshine Coast team took 32 adults between the ages of 22 and 72 — over half women — suffering from chronic suicidal thoughts.

The subjects were given small, sub-anesthetic doses of ketamine for six weeks and then assessed using the Beck Scale for Suicidal Ideation, as well as secondary measures, including “scales for suicidality and depressive symptoms, and measures of functioning and well-being,” the authors wrote.

At the six-week mark, 69% of subjects had Beck scores “significantly reduced from a high level of suicidal ideation,” with 50% still showing significant improvement by their follow-up assessment four weeks later.

“In medicine, this response rate is significant, particularly given it was experienced by patients with chronic suicidality, which can be difficult to treat,” Can told New Atlas.

Importantly, the patient’s suicidal thoughts stemmed from a range of psychiatric disorders, including anxiety, borderline personality disorder, and depression.

“Yet the treatment still worked across the group,” Jim Lagopoulos, the study supervisor, told New Atlas.

“This means the trial group was representative of the community we are serving, where suicidality is often accompanied by one or more other conditions. So results like these across the spectrum are very encouraging.”

Ketamine pioneer Krystal told me the study’s results are promising. However, there’s some caveats to consider.

The first is that the study is open label, meaning there was no control or inactive drug to compare against the effect of the oral ketamine treatment. “The risk is that we might overestimate the effectiveness of ketamine,” Krystal writes.

A crucial challenge in administering ketamine orally is ensuring you hit a high enough level of the drug and its metabolites to cause the clinical and neural effects you’re looking for.

“This study does not report the blood levels of ketamine or its metabolites norketamine or 2R-6R hydroxynorketamine,” Krystal points out. Combined with a lack of behavioral information, it’s difficult to tell if the proper blood levels were achieved.

Which ties into one final question. The subject’s suicidal thoughts were measured in the beginning and end of their ketamine treatment, and four weeks after. More incremental data could’ve shown whether ketamine’s uniquely speedy antidepressant abilities were reached.

“This would have helped us to understand whether the rapid (within 24 hours) antidepressant and anti-suicide effects of ketamine were observed,” Krystal writes.

“If not, it would again raise questions about the adequacy of the oral dosing.”

If you or someone you know has had thoughts of suicide, call the National Suicide Prevention Lifeline at 1-800-273-TALK (8255).

Neuroscience
How the brain responds to surprising events
Unexpected outcomes trigger release of noradrenaline, which helps the brain focus its attention and learn from the event.

Psychology
Theory of mind: What chess and drug dealers can teach you about manipulation
Every social interaction is a game of chess, trying to get inside someone’s head to navigate what they are thinking or what they will do.

Brain
Stimulating deep sleep may improve brain health, memory, and mood
Researchers are trying to harness deep sleep to bolster the glymphatic system, which helps flush brain tissue.
Up Next 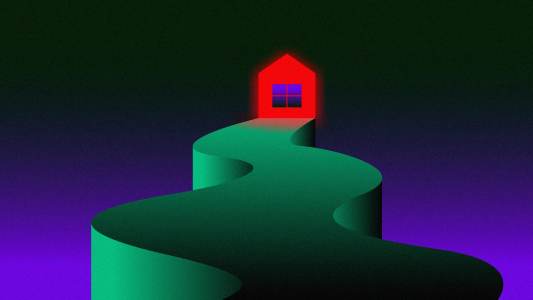 Google trends showed that online searches for subjects linked to boredom and loneliness jumped dramatically, according to a study.

Mental Health
Google trends reveal a boredom pandemic. How can we help?
Subscribe to Freethink for more great stories
Subscription Center
Challenges
Video
Freethink
Subscribe
We focus on solutions: the smartest people, the biggest ideas, and the most ground breaking technology shaping our future.
Subscribe