French researchers have taken the first steps towards a vaccine for allergic asthma, the Pasteur Institute has announced.

While yet to be tested in people, the vaccine produced the desired antibodies in 90% of mice injected with the vaccine, with 60% still showing them over a year later.

Breath stress: Asthma is caused when the lung’s air passages are squeezed due to inflammation and the muscles of the small airways tightening. Chest pains, difficulty breathing, and coughing and wheezing can occur.

The WHO estimates that 262 million people around the world were affected by asthma in 2019, with the condition causing over 400,000 deaths — in other words, the problem is vast and real.

There’s a few different types of asthma, but the one the researchers were focusing on is known as allergic asthma. This is caused by exposure to an allergen, often dust mites, which kick off an immune response that leads to the aforementioned symptoms.

Those symptoms can be caused by increased production of mucus and antibodies called IgE, as well as the cluttering up of airways by too many white blood cells called eosinophils, a condition dubbed eosinophilia.

Inhaled corticosteroids are the top flight treatment for allergic asthma attacks, but they aren’t always effective. When they falter, expensive injections of monoclonal antibodies may be needed — perhaps for a lifetime, Pasteur’s release notes.

An allergic asthma vaccine: The vaccine study, published in Nature Communications, was led by researchers from the Pasteur Institute, Infinity (aka the Toulouse Institute for Infectious and Inflammatory Diseases), and French biotech NEOVACS.

Unlike vaccines for measles or traditional allergy shots, the allergic asthma vaccine takes aim not at a pathogen or allergen, but the body’s own cytokines. You may have heard of these molecules involved in flu or COVID-19, which can cause an immune overreaction.

Cytokines can cause the body’s immune response to go overboard, resulting in runaway inflammation that can lead to the constriction of airways in the case of allergic asthma.

The vaccine aims to interfere with two cytokines in particular, called interleukin-4 and interleukin-13 (IL-4 and IL-13). To create antibodies that stop these cytokines, the researchers combined the molecules with something the immune system will react strongly to, creating what’s known as a conjugate vaccine.

In this case, IL-4 and IL-13 weren’t the most appealing targets for your immune system because they are part of your own immune system. Such weak antigens need to ride in on something much meaner to attract the immune system’s attention, so the team combined them with a modified form of a toxin created by diphtheria, a pretty nasty bacteria.

Don’t worry, the modified form is harmless, but it looks mean so it does get the body’s attention.

When the immune system spots the diphtheria-like toxin, it also responds to the IL-4 and IL-13, producing a stronger immune response against the cytokines.

Of mice and then…? The researchers tested the vaccine in mouse models of allergic asthma, which were genetically modified to create the human versions of IL-4 and IL-13, Interesting Engineering reports.

Once injected, the vaccine produced “the sustained production of antibodies specifically directed against IL-4 and IL-13,” Pasteur reports, in 90% of the mice. More than a year later, 60% of those mice still showed antibodies against the cytokines.

Mice that were modified to serve as models of dust mite allergic asthma were also vaccinated. In these mice, the vaccine was able to “strongly decrease” the amount of IgE, mucus production, and eosinophilia the mice suffered.

Unlike vaccines for measles or traditional allergy shots, the allergic asthma vaccine takes aim not at a pathogen or allergen, but the body’s own cytokines.

“This study therefore suggests both the prophylactic and therapeutic efficacy of the vaccine in this model of asthma,” Pasteur states; read: it could potentially both prevent and treat allergic asthma.

No adverse effects were observed in the animals.

While promising, anyone who has followed medical research for even a New York minute will know that mice can lie; we’ve cured plenty of them of Alzheimer’s, after all.

The next step is to begin human clinical trials. 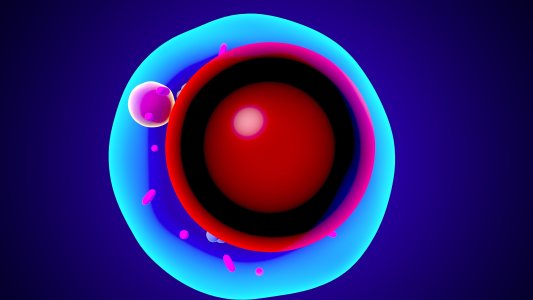 Researchers are hopeful that a class of drugs called incretins will not only treat obesity, but help people think of it as a medical condition.

Public Health
Can new drugs make obesity a medical — not moral — condition?
By B. David Zarley
Subscribe to Freethink for more great stories
Subscription Center
Sections
Video
Freethink
Subscribe
We focus on solutions: the smartest people, the biggest ideas, and the most ground breaking technology shaping our future.
Subscribe