An injectable drug, already FDA approved to treat type 2 diabetes, has shown promising results in multiple clinical trials as a treatment for obesity.

And, as the New York Times’ Gina Kolata reports, researchers and doctors are hoping that this class of drug, called incretins, will not only prove a potent weapon against obesity, but help people consider the condition a medical — not moral — issue.

“I think this truly gives us a very powerful tool to treat obesity as a disease,” Timothy Garvey, co-author of one of the studies and a professor in the Department of Nutrition Sciences at the University of Alabama at Birmingham, said in a statement.

What are incretins? Incretins are a class of hormones that play a role in your metabolism, particularly when it comes to glucose levels. They’re the basis for semaglutide, a weekly, injectable type 2 diabetes treatment made by Novo Nordisk (sold under the brand name Ozempic).

The Danish multinational is looking to move semaglutide into the obesity medication market, a veritable pharmaceutical graveyard — one in which they already have a headstone, as FiercePharma points out, with a previous obesity drug failure.

But multiple studies, released in February in the New England Journal of Medicine and JAMA, have results that are getting experts excited.

“No other drug has come close to producing this level of weight loss — this really is a game-changer,” Rachel Batterham, professor of obesity, diabetes, and endocrinology at University College London and co-author of the NEJM study, said in a statement.

A dramatic drop: Patients in the NEJM study lost, on average, nearly 15% of their body weight, compared to 2.4% in the control group; those in the JAMA study lost a mean of 16%, compared to less than 6% for the control.

Such results are second only to bariatric surgeries, which are the most effective obesity treatment right now, with patients losing 25-30% of their body weight on average, obesity researcher Louis Aronne previously told Kolata.

Surgeries are invasive, however, and never without risk, permanently altering the digestive system; only about 1% of people who qualify for the procedures go through with them, Kolata reports.

A drug (even one that has to be injected) could help a lot more people struggling to lose weight.

But as FiercePharma notes, the incretins trials do have some caveats; the drug can cause gastrointestinal distress, and the studies were too short to judge effectiveness over the long term — and obesity is a chronic condition.

A less judgmental paradigm? In addition to having a potential new treatment option, some experts are hopeful that incretins may help frame obesity as a medical condition in the public’s mind, rather than as a moral failing.

Northwestern obesity researcher and clinician Robert F. Kushner told Kolata that his patients have often been conditioned to see their weight as their fault, that diet and exercise are all that is needed — and for those to fail is an indictment of them.

“I tell them this is a chronic ongoing medical problem, just like diabetes,” Kushner said. He draws a comparison to alcohol and drug addiction, which have moved more firmly from moral failing to medical condition.

Columbia University researcher Rudolph L. Leibel is less hopeful, however. “My guess is that bias will persist and might even be exacerbated by the availability of ‘an easy way out,'” he told Kolata.

Marleen Greenleaf, who was part of an incretins trial, lost 40 pounds and gained a new perspective; the drug immediately dissipated her urge to eat, she told Kolata, and allowed her to believe that the weight is “not her fault.” 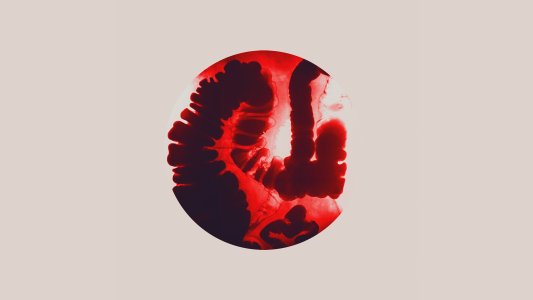 Using synthetic biology, a team at Rice has designed bacteria that can sense signs of inflammatory bowel disease in mice.

Healthcare
These glowing bacteria can diagnose gut problems
By B. David Zarley
Subscribe to Freethink for more great stories
Subscription Center
Sections
Video
Freethink
Subscribe
We focus on solutions: the smartest people, the biggest ideas, and the most ground breaking technology shaping our future.
Subscribe